Home World Light at the end of the tunnel for Marriott 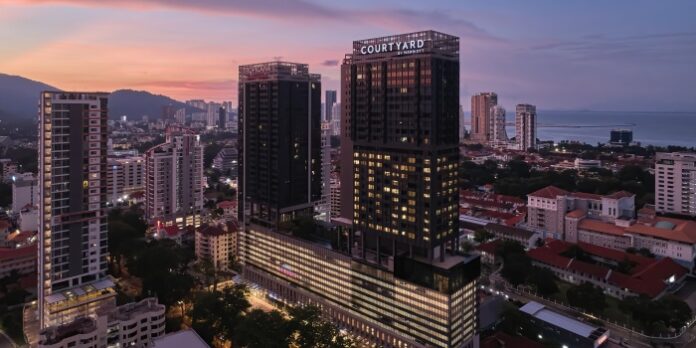 Marriott International has reported an adjusted net income of $20 million for the third quarter as the company continues to battle back from the impact of Covid-19 around the world.

The figure compares to an adjusted net income of $488 million in the same period last year.

Comparable systemwide constant dollar RevPAR declined 66 per cent worldwide over the period – down 65 per cent in North America and 67 per cent outside North America – when compared to the 2019 third quarter.

However, the company added more than 19,000 rooms globally during the third quarter, including roughly 1,400 rooms converted from competitor brands and approximately 7,600 rooms in international markets.

Arne Sorenson, president and chief executive officer of Marriott International, said: “While Covid-19 is still significantly impacting our business, our results for the third quarter showed continued improvement in demand trends around the world.

“Worldwide RevPAR declined 66 per cent in the quarter, a nearly 19-percentage point improvement from the decline in the second quarter.

“Greater China continues to lead the recovery and demonstrates the resiliency of travel demand, with third quarter occupancy of 61 per cent and RevPAR recovering to down 26 per cent, a 35-percentage point improvement compared to the decline in the second quarter.

“Globally, 94 percent of our hotels are now open and welcoming guests.”

As of the end of the third quarter, net liquidity at Marriott totalled approximately $5.1 billion, representing roughly $1.5 billion in available cash balances, and $3.6 billion of unused borrowing capacity under a revolving credit facility.

The company had less $30 million of commercial paper outstanding.

Sorensen added: “Although the timing of a full recovery remains unpredictable, we are pleased with the significant progress we have made in restructuring and repositioning the company to successfully manage through these challenging times.

“Financially, we have strengthened our liquidity position, realigned our cost structure, and minimized our cash burn.

“We have also remained keenly focused on working with our hotel owners and franchisees to significantly reduce hotel level costs and help preserve cash in this extremely low revenue environment.

“Operationally, we have elevated our health and cleanliness standards to establish trust and credibility with travellers and to enhance the safety and wellbeing of our associates and guests.”