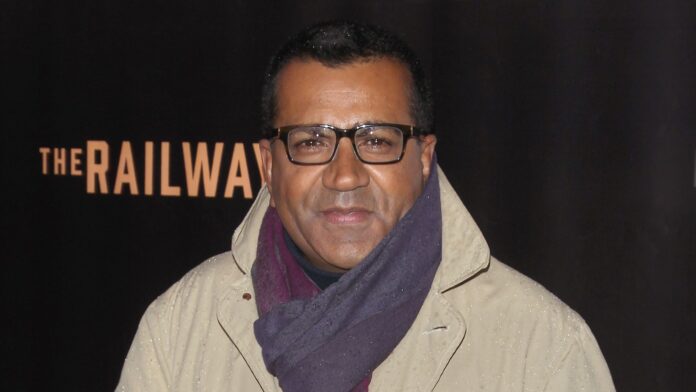 Accusations that a BBC reporter made false claims in order to scoop a sensational interview with Princess Diana are “deeply disturbing” and should be urgently investigated, the head of a Westminster committee has told Sky News.

Tory MP Julian Knight was speaking after further allegations were made about the conduct of the then-Panorama journalist Martin Bashir, over how he went about winning the trust of the Princess of Wales and persuade her to appear on the flagship current affairs programme.

Mr Knight, who is chairman of the Commons Digital, Culture, Media and Sport Committee, said: “This is a very complex and deeply disturbing tale and it is important for public confidence in BBC journalism that a thorough, urgent and independent investigation is carried out and my committee will be watching developments very closely indeed.”

The BBC has already apologised for Bashir faking two bank statements to land his bombshell exclusive in 1995, which sent shockwaves through the monarchy with her comments about the state of her marriage.

But now Diana’s brother, Earl Spencer, has shared with the Daily Mail notes of his meeting with Bashir and Diana in 1995.

He says the notes are contemporaneous and document a string of false claims allegedly made by the reporter.

This included the bogus allegations that Diana was under surveillance; that her bodyguard was plotting against her, and close friends were betraying her; and that MI6 had recorded Prince Charles and his private secretary planning the “end game”.

They were apparently designed to play to the paranoia of the princess, who feared she was being deceived by her aides and in-laws.

While Earl Spencer told the Mail he concluded Bashir was a fantasist and apologised to his sister for wasting her time, unbeknown to him, Diana kept in touch with Bashir and two months later the explosive “there are three of us in this marriage” interview was broadcast.

This month marks the 25th anniversary of the programme which was watched by 23 million people and led the Queen to order Charles and Diana to seek a divorce.

Bashir, 57, and now the BBC’s religion editor, is seriously ill with COVID-related complications and is not in a position to respond to the earl’s allegations, the corporation has said.

In a series of tweets posted earlier this week, Earl Spencer said the broadcaster was “incapable of honestly facing up to the ugly truth of this matter”.

Following the latest revelations, he posted a picture of himself and Diana as children with a protective arm around him.

The BBC has said it will investigate the earl’s latest allegations but he reportedly wants an independent inquiry.

The corporation’s investigation examined claims Bashir had used false financial documents, purporting to show a then-member of the earl’s staff was leaking stories, as a way of persuading the princess to talk.

The BBC maintains there is a written note from Diana – although it no longer has a copy – saying she had not seen the false bank statements, and they played no part in her decision to give the interview.

The corporation has previously said in a statement that Bashir admitted commissioning the mocked-up bank documents and it is understood the journalist was found to have “done wrong” at the end of the process, but it is not known what sanction, if any, he faced.

In an earlier statement, a BBC spokeswoman highlighted an apology the earl has received from its director-general over the mocked-up documents.

She said: “The BBC has apologised. We are happy to repeat that apology. And while this was a quarter of a century ago, we absolutely will investigate, robustly and fairly, substantive new information.

“We have asked Earl Spencer to share further information with the BBC.

“Unfortunately, we are hampered at the moment by the simple fact that we are unable to discuss any of this with Martin Bashir, as he is seriously unwell.

“When he is well, we will of course hold an investigation into these new issues.”