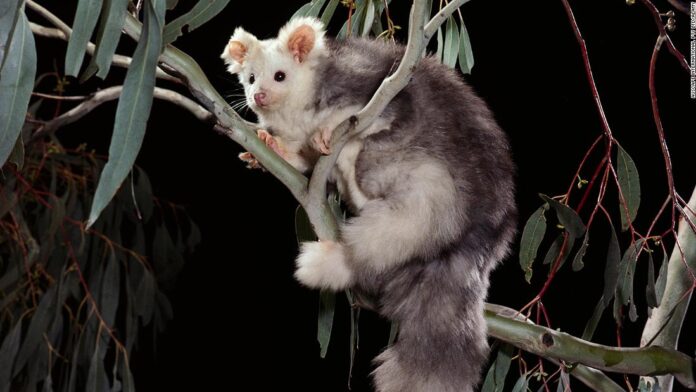 Until last week, the glider was classified as a single species, but a new study found that it was actually three different ones, marking the discovery of two new marsupial species.
“Australia’s biodiversity just got a lot richer,” said Professor Andrew Krockenberger of James Cook University, who was part of the research team. “It’s not every day that new mammals are confirmed, let alone two new mammals.”
Scientists have long suspected the glider might be several species, though there was never sufficient proof, he added in a news release from the university. There were hints such as differences in their size, color and physiology, which had been chalked up to a subspecies rather than an entirely different group.
But DNA sequencing allowed the team to analyze the gliders’ genetic makeup, and confirm the theory for the first time. The study was published in the journal Scientific Reports.
“It changes the whole way we think about them,” said Denise McGregor, a PhD student at James Cook University and one of the study authors.
The three species’ Latin names are now Petauroides volans, Petauroides minor and Petauroides armillatus, according to the study.
Like koalas, greater gliders eat only eucalyptus leaves. They live in forests along the Great Dividing Range, a major mountain range that runs along the east coast from northern Queensland to southern Victoria.
They were once common — but their numbers have been falling for years, raising concern among conservationists. Habitat loss and fragmentation pose the biggest threats, with contributing factors like natural disasters, logging and climate change, according to Victoria’s environmental agency.
These threats have hit many animal populations hard; Australia has the highest rate of species loss of any area in the world. But greater gliders are particularly vulnerable due to their specific diet and dependence on mature trees for shelter, and are now listed as “vulnerable” under the IUCN’s Red List of threatened species.
Australia’s devastating 2019-2020 bushfire season struck another blow to wildlife, including the gliders — the fires burnt over 97,000 square kilometers (9.7 million hectares) of land and killed millions of animals, said the study. It marked a major environmental and biodiversity crisis, with scientists afraid entire species may be wiped out by the months of relentless fire.
That’s partly why this discovery of the three distinct glider species is so significant, the study added — it could have major implications for their conservation.
“This year Australia experienced a bushfire season of unprecedented severity, resulting in widespread habitat loss and mortality,” said Kara Youngentob of the Australian National University, a co-author in the study, in the news release.
“As a result, there’s been an increased focus on understanding genetic diversity and structure of species to protect resilience in the face of climate change.”
She added that the discovery highlighted a “lack of information” about the two new greater glider species, which could affect future conservation actions and management legislation.
The study echoed this concern, arguing that effective conservation relies on accurate taxonomic classification.
“A lack of knowledge about the genetic structure of species across their range can result in an inability to properly manage and protect species from extinction,” the study said. “This is especially true in the wake of a natural disaster, when wildlife management decisions need to be made quickly and under challenging circumstances.”
The conservation status of the greater glider, along with many other animals, are now being re-evaluated in the aftermath of the fires.