Home Culture 8 powerful observations in Alex Trebek’s memoir, including reflections on his own... 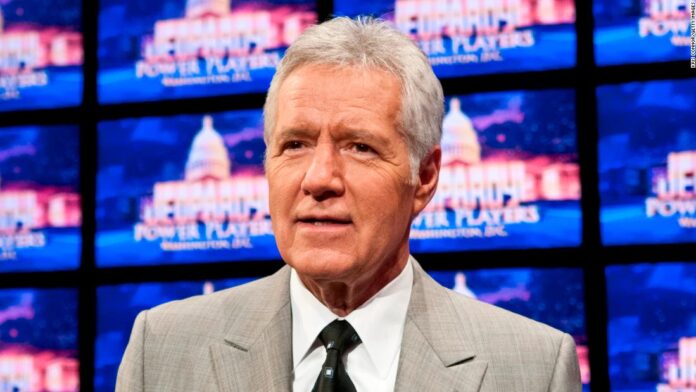 For 37 seasons, Trebek served as the host of syndicated quiz show “Jeopardy!” In a career spanning over 8,200 episodes, the former journalist became a symbol of curiosity and the quest for knowledge. For decades, viewers tuned in five nights a week to watch the familiar face on their screens. His reach is immeasurable — people learned English from watching the show.
On Sunday morning,”Jeopardy!” announced that Trebek had died from a years long battle with pancreatic cancer. Just four months earlier, he published his memoir, “The Answer is…Reflections On My Life.”
In it, he wrote about coming to terms with his diagnosis, his legacy and his understanding of death.
While viewers around the world mourn the figure, here’s a look back at his most memorable observations in the memoir.

On ending his career as the host of ‘Jeopardy!’

On his battle with pancreatic cancer

On accepting his death

“I don’t like to use the terms ‘battling’ or ‘fighting’ when talking about cancer. It suggests that there are only two outcomes: ‘winning”‘and ‘losing.’ That’s nonsense. I understand why we human beings choose to see cancer in these terms. It’s easier to comprehend and less scary if we see the experience as a boxing match and the disease as an opponent who might be subdued by sheer force of will and determination.”

“But when death happens, it happens. Why should I be afraid of it? Now, if it involves physical suffering, I might be afraid of that. But, according to my doctor, that’s what hospice is for. They want to make it as easy as it can possibly be for you to transition into whatever future you happen to believe in. Am I a believer? Well, I believe we are all part of the Great Soul — what some call God. We are God, and God is us.”

“But I suppose if I had to answer I would say I’d like to be remembered first of all as a good and loving husband and father, and also as a decent man who did his best to help people perform at their best. Because that was my job. That is what a host is supposed to do.”

On his last few days

“Yep, I’ll be perfectly content if that’s how my story ends: sitting on the swing with the woman I love, my soul mate, and our two wonderful children nearby. I’ll sit there for a while and then maybe the four of us will go for a walk, each day trying to walk a little farther than the last. We’ll take things one step at a time, one day at a time. In fact, I think I’ll go sit in the swing for a bit right now. The weather is beautiful — the sun is shining into a mild, mild looking sky and there’s not a cloud in sight.”