Home Culture ‘One down, one to go’: Baron Cohen in fresh attack on Mark... 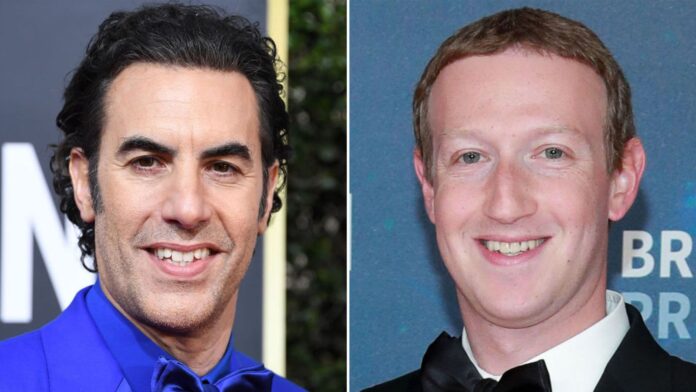 The British comedy actor, whose latest film Borat Subsequent Moviefilm was released last month, has suggested Zuckerberg should be the next one to lose his job after Mr Trump was defeated in the US election.

Baron Cohen tweeted: “One down. One to go.”

The comedian has tweeted the post less than two months after he shared an image of Zuckerberg wearing white face paint.

Baron Cohen wrote in the tweet: “The only thing more terrifying than Mark Zuckerberg surfing in whiteface… is the white supremacy and lies Facebook spreads every day.

The tweets come just under a year after Baron Cohen claimed Adolf Hitler would have been allowed to advertise his “solution to the Jewish problem” if Facebook was around in the 1930s.

The only thing more terrifying than Mark Zuckerberg surfing in whiteface…

Is the white supremacy and lies Facebook spreads every day.

This Weds Sept 16 I’m freezing my Instagram to tell Mark to #StopHateForProfit.

Describing social media as the “greatest propaganda machine in history”, Baron Cohen said: “If you pay them, Facebook will run any ‘political’ ad you want, even if it’s a lie. And they’ll even help you micro-target those lies to their users for maximum effect.”

Baron Cohen was engaged in a row with Donald Trump last month after the US president called him a “creep” and a “phoney guy”.

The actor told Mr Trump “I don’t find you funny either” in a tweet before suggesting he is a “racist buffoon”.

The pair traded insults after the British comedian targeted the president’s lawyer Rudy Giuliani in a prank for his latest film.