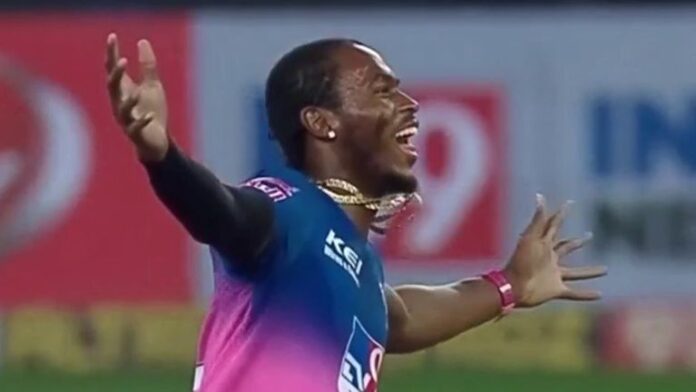 Mumbai Indians are targeting their fifth IPL title as they take on first-time finalists Delhi Capitals in Dubai and Jasprit Bumrah is the man leading the charge; watch the IPL final on Sky Sports Cricket from 1.50pm on Tuesday

Is Jasprit Bumrah the best bowler in the world across all formats?

That was the question posed by Sky Sports pundit Rob Key on The IPL Cricket Show on Friday. The 26-year-old fast bowler is certainly in the conversation and his record – be it in Test, 50-over or T20 cricket – speaks for itself.

“Who else would challenge him? I would say Kagiso Rabada, Jofra Archer, Pat Cummins, Mitchell Starc; these are the guys that play in all three formats and are brilliant,” Nasser Hussain said.

There is a debate to be had – in fact, you can listen to Key, Hussain and England bowler Chris Jordan have it right here on The IPL Cricket Show podcast – but going into Tuesday’s IPL final, you can be sure of one thing: there is no one Mumbai Indians would rather have leading their attack.

Rabada’s four-wicket haul in Qualifier 2 might have nudged him ahead at the top of the wicket-taking charts but Bumrah is just two behind, having played two games less than the Delhi Capitals quick.

The pair will go head-to-head as the tournament reaches its conclusion in Dubai and while Delhi are competing in their first final, it is Mumbai’s sixth and they are hunting a fifth title.

Each of Mumbai’s last two finals have ended in one-run victories and Bumrah has starred in both. Lasith Malinga took the headlines last year when he trapped Shardul Thakur lbw with Chennai Super Kings needing two to win from the last ball.

It is forgotten the Sri Lankan had gone wicketless in his 3.5 overs prior to that, conceding 49 runs. By contrast, Bumrah took 2-14 from his four overs. Without him, Chennai would have won long before Malinga had the chance for his magic moment.

Of course, there are similarities between Bumrah and Malinga in his earlier years: great pace, unerring toe-crunching yorkers and unorthodox, slingy actions – albeit coming from very different angles – to further bamboozle batsmen.

“He’s definitely quite awkward,” Jordan said of the India paceman. “He has a different run-up to start with, so to get the rhythm against his run-up is challenging.

“It’s a bit like Jof as well, to get the rhythm of his run-up against the pace he is bowling is the balance that you have to sort out. His skill-level is unbelievable. Especially in a T20 game, he just seems to make the right decisions at the right time.”

One of the things that makes Bumrah so special is his ability to be effective at any stage of the innings. Want to get the most out of the new ball? He can do it. In need of a breakthrough in the middle overs? Bumrah’s your man. Game getting close in the final overs? There is no better death bowler in world cricket.

What perhaps gives Bumrah the edge over Rabada in T20 cricket is that he is able to keep the runs down while maintaining the same wicket-taking threat that makes the South African stand out. Rabada has 29 wickets to Bumrah’s 27 in this year’s IPL but the Proteas man is going at 8.23 runs an over – still very respectable for a player bowling in the powerplay and at the death – whereas the Mumbai speedster has an economy of just 6.71. Only Archer – 20 wickets and an economy of 6.55 – is comparable to Bumrah in both categories among seam bowlers.

It is not just about having the skills, it is about knowing how and when to use them, and Jordan says each of that trio are able to do both more often than not.

“People like [Bumrah], Jof and Rabada, they assess conditions really quickly and that is the key to what makes them so special,” he added. “A lot of them use their bouncer early in their spells, just to test out the pitch and get a feel for the pace of it, what might be required on the day.

All the talent, all the tools and, given the number of times he has bowled his side to victory in tight games on the big stage, it is fair to say a temperament to match. Perhaps the only thing capable of preventing Bumrah becoming one of the great bowlers of his generation is injury.

He was sidelined for four months in 2019 with a stress fracture of the lower back and, while he appears back to his best now, his short run-up is the kind that puts a lot of strain on the body. Michael Holding has warned, as he did with Mark Wood, who has since lengthened his run-up, that it could lead to further problems in future.

For now though, he is fully fit and in excellent form. Along with Trent Boult he decimated the Delhi top-order when the sides met in Qualifier 1 last week and while the Capitals faced a gruelling must-win game against the Sunrisers on Sunday, Mumbai have had plenty of time to rest up and prepare for the final.

Delhi will be desperate to end their wait for a first IPL title and possess numerous potential match-winners: Rabada, Shikhar Dhawan, Marcus Stoinis and Anrich Nortje to name but a few.

Not that Mumbai are lacking in that department with Rohit Sharma, Quinton de Kock, Kieron Pollard and Hardik Pandya in their ranks. The defending champions look to have the more complete, more in-form and more settled side, they are favourites for a reason. But if it comes down to it and you had to choose one player most likely to make the difference in a close game, it would be Bumrah.

“This bloke’s stats at the moment, if he stays fit, he is going to be an absolute superstar,” Hussain said. “He’s pushing that already.”

Superstardom may be little more than a formality now for Bumrah but the next step on that path is helping Mumbai overcome Delhi to claim yet another IPL crown on Tuesday. He is going to take some stopping.

Watch the IPL final between Mumbai Indians and Delhi Capitals in Dubai on Sky Sports Cricket and Sky Sports Main Event from 1.50pm on Tuesday.

‘European Tour not in financial difficulty’