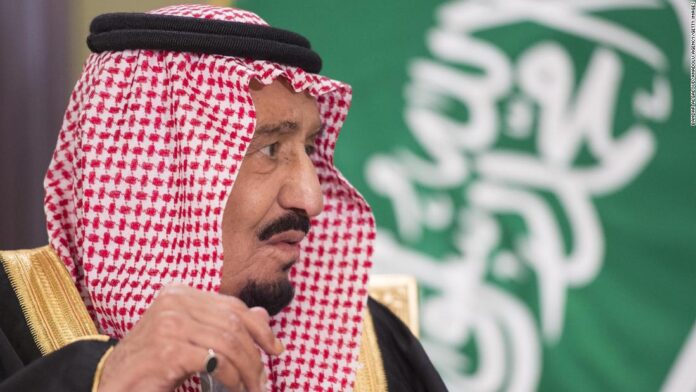 China, Iran and perhaps North Korea will dominate, yet Riyadh — which will host the G20 Leaders’ virtual summit later this month — could soon work its way up the stack.
A senior Saudi diplomat told me a week before the US election that the kingdom was ready to work with whomever won. Yet the impression I was given during this conversation was that, due to some of Biden’s comments during the campaign, indicating that he would be tough on Saudi, the Democrat would not be Riyadh’s pick.
Another source with knowledge of political discussions in the kingdom told me that the Saudis had found President Donald Trump a good if unpredictable and even potentially dangerous ally.
After Saudi oil facilities were attacked with cruise missiles last September — and Saudi and US investigators determined “with very high probability” that they were launched from Iran — the source told me that the Saudis had to ask Trump not to escalate tensions further by retaliating. They genuinely thought he could trigger a war by accident, he said.
Others within the Kingdom worry that Biden could be a reset to the Obama years, which they believe was soft on Iran, and potentially unreliable for their security.
Their fears may be well-founded.
Biden has pledged to re-engage with Tehran on the multinational nuclear deal Trump pulled out of, and during a Democratic debate last fall threatened to throttle billions of dollars of arms sales to Saudi.
“I would make it very clear we were not going to in fact sell more weapons to them, we were going to in fact make them pay the price and make them in fact the pariah that they are,” Biden said last November.
But where Biden may find himself working with with Saudi Arabia is on Middle East peace. This is an ambition that almost every American president strives for, and in the past year Trump has created a momentum of sorts.
The Saudi diplomat said that Trump had “put a lot of pressure” on Riyadh to follow the UAE, Bahrain and Sudan in normalizing relations with Israel, adding that Saudi support was a “prize” Trump has yet been unable to win — an indication that even at this late stage in his presidency, Trump may still harbor hopes of winning the Saudis over.
Trump and his son-in-law and senior adviser, Jared Kushner, have achieved some movement in the region, but fallen far short of what the outgoing president originally promised — a long-term peace deal between Israelis and Palestinians.
Kushner ran point on making deals that gave the appearance of quid pro quos — the UAE would get sophisticated US F-35 fighter jets, and Sudan would be removed from the US list of state sponsors of terrorism — although all sides deny these transactions were part of the agreements. Congress has yet to sign off on the fighter jets; and Sudan remains on the State Department’s terror list.
At the time I met the diplomat, rumors were circulating that Riyadh was holding out on its commitments to Trump in case it needed to barter with Biden, but the diplomat said that wasn’t true, and laid out the facts as he saw them.
Saudi Arabia will always “act out of their own national security interests,” he said, but it also has an outsized relevance on the very emotive issue of Palestinian statehood as Saudi decisions will “shift other Muslim nations to follow.”
Saudi King Salman bin Abdulaziz Al-Saud is the custodian of Islam’s two holiest sites, Mecca and Medina, giving him a legitimacy and clout in the religion that is unrivaled by any other person. The Saudi government believes he is central to winning over the world’s 1.8 billion Muslims, but a wrong call by him could be disastrous for the kingdom, leaving it open to accusations of selling out and abandoning the Palestinians.
The diplomat told me he thought it 90% unlikely the King would back Trump’s plan. Yet it is clear that when his son, Crown Prince Mohammed bin Salman, takes the throne — which could happen on Biden’s watch — the calculations could change.
Saudi’s current position on Palestinian-Israeli peace is a two-state solution based around the 1967 borders. This is what Saudi leaders have been trying to get feuding Palestinian factions to unite around for well over a decade. In 2007 they briefly believed they had succeeded, but agreement fell apart and Saudi frustrations with the Palestinians have been growing steadily ever since, the diplomat told me.
The diplomat said that in a relatively recent meeting with a Palestinian official, he warned him that time was running out, that “in 10 years no one will care” about the Palestinians. The diplomat said he told the Palestinian official they should have engaged with Kushner’s so-called “deal of the century” to get beneficial terms.
In late August, King Salman let an Israeli commercial flight carrying Kushner and an Israeli delegation overfly Saudi airspace on the way from Tel Aviv to Abu Dhabi as it inaugurated that new relationship. It was a clear message to the Palestinians the clock is ticking, as was Bahrain normalizing relations with Israel.
But perhaps the most overt message signaling a change in Saudi position came last month. The very highly-respected Saudi diplomat, Prince Bandar bin Sultan al Saud — a former ambassador to the US and intelligence chief — told Saudi TV: “The Palestinian cause is a just cause, but its advocates are failures, and the Israel cause is unjust, but its advocates have been proven successful.”
He wouldn’t have done that without the King’s permission. The meaning was obvious: The country is tired of waiting for Palestinians to make peace and is preparing to move on.
The message to foreign capitals, perhaps to Washington in particular, is equally clear: The time is coming when a deal may be done.