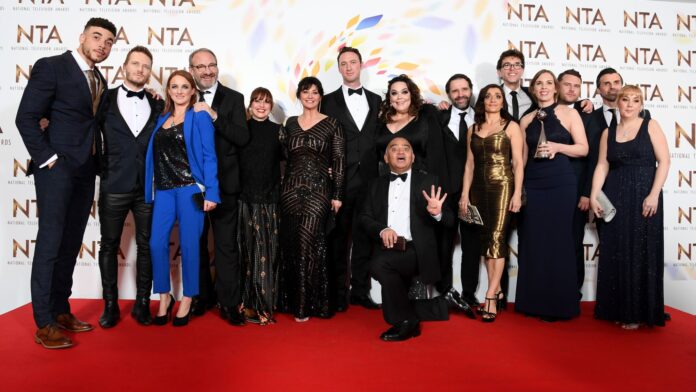 Emmerdale producers have defended a “hugely emotive” storyline about a couple’s decision to have an abortion after being told their unborn baby has Down’s syndrome.

Producer Laura Shaw said viewers would have “strong views” but that it is “an important story to tell”.

In the ITV soap, Laurel Thomas, played by Charlotte Bellamy, and her on-screen partner Jai Sharma (Chris Bisson), will make the decision to terminate the pregnancy after being given the pre-natal diagnosis.

The announcement of the storyline sparked criticism, with some people accusing the show of adding to the stigma and prejudice around the condition.

Defending the plot, Shaw said she realised it would provoke “some mixed reactions”.

She said: “I’m well aware it’s a hugely emotive subject but I do honestly think that once everyone has watched the episodes play out, they are going to come away with a huge sympathy for what an impossibly difficult choice these couples face.

“What you will see from Jai and Laurel’s story is how that decision will go on to affect their lives for years to come.”

Shaw added: “People are going to have some really strong views but I guess that’s what makes it such an important story to tell.”

The storyline is not about “right or wrong” but about “people taking really, really difficult decisions”, the producer said, and aims to highlight “that they should be allowed to do that without living in fear of being judged or shamed”.

In a statement on the petition site, set up by mum Rachel Mewes, she said her three-year-old daughter has Down’s syndrome.

“I consider Emmerdale writing this storyline to influence the masses as a perpetuation of the embedded prejudice towards people with Down’s syndrome that is a huge problem in our culture,” she said.

“It is irresponsible, ignorant and prejudiced. I ask ITV to please bin this storyline.

“For the sakes of the parents who will be misled by this ableism. For the sake of people with Down’s syndrome who should not have to put up with this prejudice. And for the sake of my daughter who has to grow up in a world that you are showing believes she will be better off dead.”

However Jane Fisher, director of the Antenatal Results & Choices charity, which offers advice about antenatal screening, said she hoped the plot would encourage people not to think about abortion as a taboo subject.

“I think it’s really important that people can speak about it, it’s not that they must because for many people this is a very personal and painful and private experience and that’s fine, they may not want to talk about it,” she said.

“But they need to know that they can and I think at the moment we are in a situation where many people feel very reticent to talk about what’s happened to them.”

Emmerdale will feature the scenes over the winter.