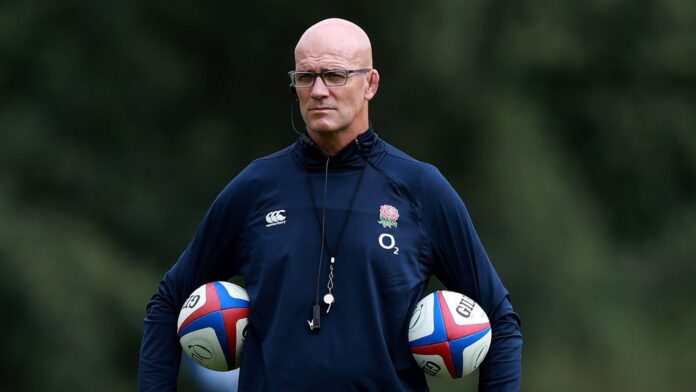 Ahead of facing Georgia at Twickenham in England’s Autumn Nations Cup opener, Eddie Jones has been looking in training at players who can perform both within the forwards and the backs. Jones fielded nine forwards against Georgia as Japan coach in 2015, with No 8 Hendrik Tui in the backs.

Eddie Jones’ drive to create hybrid players comfortable operating in either the forwards or backs will equip England to face all eventualities, according to defence coach John Mitchell.

Ollie Thorley, the Gloucester wing, has been running as a flanker in training this week while versatile back row Ben Earl is seen as an option at centre. Exeter wing Jack Nowell is another player Jones has previously spoken about as a potential flanker.

Jones has floated the idea of deploying nine forwards in Saturday’s Autumn Nations Cup opener at Twickenham in wariness of Georgia’s forward power and Mitchell sees versatility as highly valuable.

“It’s something that’s really important. It actually helps players within the squad understand that at any point in time, you might have to be adaptable,” he said.

“It does obviously create permutations, should you get a good acceleration and learning in that particular area when you do that.

“You can go to a six-two split on the bench or you can create that hybrid position in your starting selection.

“To me, it’s just something that our players accept and embrace with all arms because it’s just another way of learning that you might be called upon in a different position.

“You only have to look at the number of cards that were presented in the last Rugby Championship match between New Zealand and Australia.

“There are so many situations now where you are without players in positions and people have to be adaptable, so it’s important in case that situation occurs for us.”

Elsewhere, Elliot Daly is closing in on a first-team return as he continues to take a full part in training after overcoming a shin problem, placing George Furbank’s place at full-back under threat.

Prop Joe Marler is also available having recovered from a knee injury, but fly-half George Ford is still troubled by an Achilles injury and will not be ready until later in the Autumn Nations Cup.

England will be wearing their alternative kit of a navy top with red trim, navy shorts and socks against Georgia, whose greatest weapon is their scrum.

“Georgia is going to be a really tough game. We’re focused on working hard on all aspects of our game, but obviously there are key areas around the scrum and we’re looking forward to that challenge,” Mitchell said.

“The pride and the privilege of playing for England, especially at home, is important and we want to make sure we continue to put smiles on people’s faces during this tough time for the country.

“We start a new tournament and we want to win it and build on our previous success, but that all comes down to making sure we keep our focus on our basics and looking to get better.”