Home Sport Yildirim: WBC told Canelo he must fight me 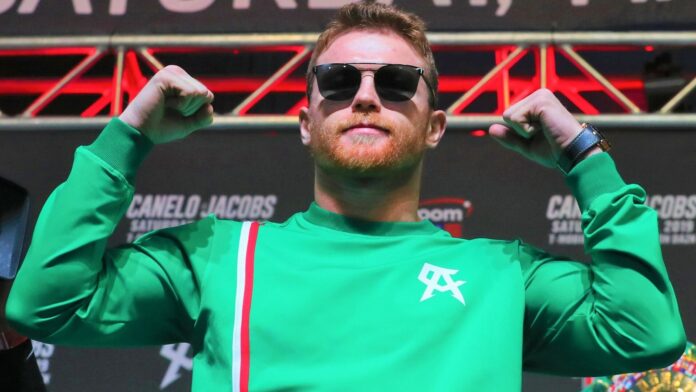 Historic triple-header of women’s world title fights on Saturday night, live on Sky Sports, will also be streamed for free on YouTube, Facebook and skysports.com; Katie Taylor headlines, Terri Harper makes a defence of her world title and Rachel Ball battles to become the latest champion

Avni Yildirim has insisted “I have been ready” and still hopes to agree a fight against Saul ‘Canelo’ Alvarez, who became a free agent last week.

Mexican star Canelo split from Golden Boy Promotions amid an ongoing lawsuit against them and broadcaster DAZN after being unable to agree terms to his next fight.

With Canelo now free to explore a return to the ring, which he plans before the end of 2020, his Yildirim has again staked his claim.

“I am the WBC mandatory contender [to the vacant super-middleweight title], I earned that right from the fight with Anthony Dirrell in which I was so close to conquering my dream.”

Yildirim lost to Dirrell who, in turn, lost the WBC title to David Benavidez.

The belt is now vacant after Benavidez failed to make weight – the governing body ordered for it to be contested between Canelo and Yildirim.

“The WBC ordered me to fight Canelo and I have been ready,” Yildirim continued.

“But if he goes on a different direction that is his decision.

He is reportedly considering IBF super-middleweight champion Caleb Plant as his next opponent.

A statement from his trainer and manager Eddy Reynoso to announce Canelo entering promotional free agency included: “All this time we have been working very hard in the gym with a lot of responsibility and discipline, to be in great physical shape and ready to fight this year. And it will be!”