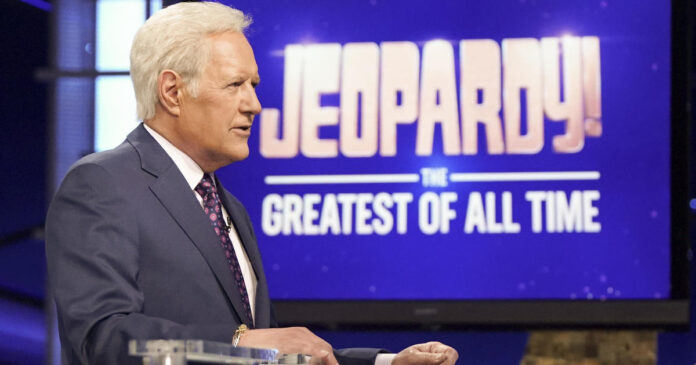 “Jeopardy!” honored its longtime host Alex Trebek on Monday as the show returned to the air for the first time since the beloved host died of pancreatic cancer. The show’s executive producer, Mike Richards, delivered a heartfelt tribute in a taped introduction.

“Over the weekend, we lost our beloved host, Alex Trebek,” Richards said. “This is an enormous loss for our staff and crew, for his family and for his millions of fans. He loved this show and everything it stood for.”

Trebek, 80, was a nightly fixture in American homes for nearly four decades. Richards said Trebek taped his final episodes less than two weeks ago and those shows will air through Christmas Day, the show’s Twitter account said Monday.

“He will forever be an inspiration for his constant desire to learn, his kindness and for his love of his family. We will air his final 35 episodes as they were shot. That’s what he wanted,” Richards added. “On behalf of everyone here at ‘Jeopardy!,’ thank you for everything, Alex.”

After he finished speaking, lights were dimmed and the camera panned to the stage before a moment of silence began.

Earlier in the day, Richards told the “Today” show that Trebek spent a “nice final day” with his wife on their backyard swing.

“He was coherent,” Richards said. “He wasn’t in pain, and the fact that he had a nice final day, I think makes all of us in the ‘Jeopardy!’ family feel much better.”

Richards said Trebek was in an “enormous amount of pain” in his last day filming episodes.

Trebek began hosting the quiz show in 1984, earning six Daytime Emmys and taping over 8,000 episodes. He was diagnosed with stage 4 pancreatic cancer in 2019.

Trebek was remembered fondly by fans, former contestants and many others following his death.