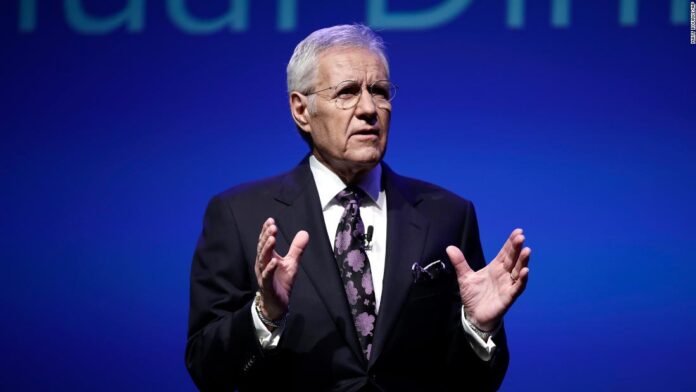 Trebek died Sunday at the age of 80 after battling pancreatic cancer.
On Monday’s episode executive producer Mike Richards opened the show with some heartfelt words about its “beloved” host.
“This is an enormous loss, for our staff, crew, for his family, for his millions of fans,” Richards said. “(Trebek) loved this show, and everything it stood for. In fact, he taped his final episodes less than two weeks ago. He will forever be an inspiration for his constant desire to learn, his kindness and for his love of his family.”
Richards said Trebek’s final 35 episodes will be aired adding “That’s what he wanted.”
“Jeopardy!” has not yet announced a new host.
The Pancreatic Cancer Action Network, a leading pancreatic cancer nonprofit organization, announced that it has seen a 450% increase in web traffic and more than $55,000 in donations since Trebek’s death.