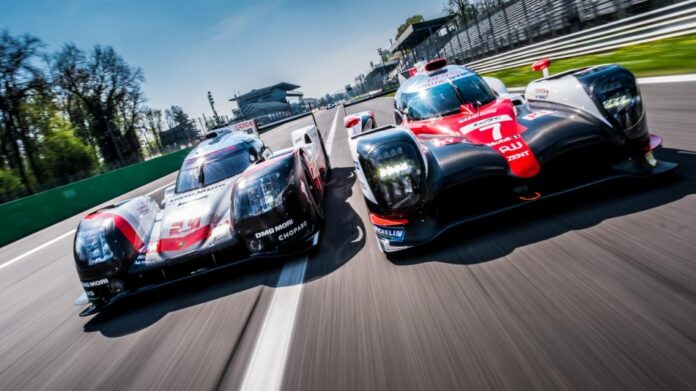 As the FIA World Endurance Championship prepares for its final race of Season 8 in Bahrain, it also marks the countdown to the final time that LMP1 will form the championship’s top-tier category before the introduction of the Hypercars in 2021.

Since the first race at Sebring in March 2012, there have been some hugely memorable moments in LMP1 and here are some facts and figures from the past eight years.

Or to separate it by kilometres raced in each continent, here’s the full breakdown:

Collectively, LMP1 cars have completed a total of 92,856 laps since the WEC began.

22 different nationalities
There are a total of 22 different nationalities that make up drivers who have competed in LMP1 since 2012.  The home countries of drivers include: Argentina, Australia, Austria, Belgium, Brazil, Canada, China, Denmark, France, Germany, Holland, India, Italy, Japan, New Zealand, Portugal, Russia, Spain, Sweden, Switzerland, UK*, USA *27 different drivers from the UK is the most.

63 race appearances for Toyota
Toyota wins the award for the LMP1 team that has competed in the most WEC races with a total of 63 rounds (the Japanese squad missed Sebring and Spa 2012). A total of 121 TS030/40/50 Hybrid cars have started races, with 16 DNF/DSQ – that’s an impressive 87% finish rate.

113 LMP1 drivers
113 drivers have completed at least 1 lap in a session at a race weekend.

Winning drivers:
•    34 different drivers have won in LMP1, representing 14 different nationalities
•    12 of those 34 have also won in another WEC class too
•    7 French drivers have won a race outright, the most of any nation – Treluyer, Lapierre, Duval, Dumas, Sarrazin, Nato, Laurent
•    Sebastien Buemi is joint second most successfuly driver in WEC history, scoring his 17th series victory last time out at Le Mans
•    7 drivers who have raced in LMP1 have (before, or after) won a WEC title in a different class – Baguette, Hall (2013), Lapierre, Menezes, Collard (2016), Senna (2017), Albuquerque (2019/20)