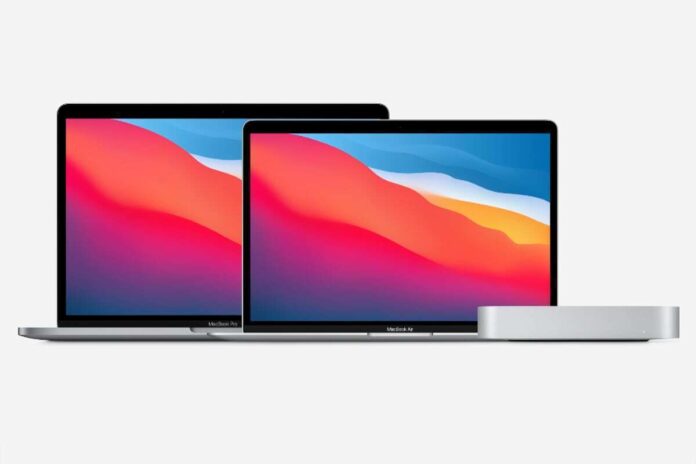 Apple’s claims of performance and efficiency are eye-popping, and if even remotely true could be more than enough reason for Mac fans to be excited about Apple’s switch from Intel processors to its own.

Yet, we can’t help but feel the company’s entering this new era for the Mac just a little too conservatively. Outside of the M1 processor, these Macs are dead ringers for their predecessors. Here are five ways Apple could have easily made these Macs better, but didn’t.

Light up the Apple logo!

Remember when the Apple logo on the back of your MacBook lid would glow? That’s been gone for years, and we kind of miss it. At least, it would be nice if it glowed a little, perhaps with an option to shut it off.

The new M1-based Macs feature the exact same design as those with Intel processors. I think it’s time for a totally new design, perhaps taking cues from the new flat-edged iPad Pro and iPhone 12, but I can understand Apple saving that for later in the Apple silicon transition process.

It would have been nice to get at least a single small, obvious design differentiation between MacBooks with the M1 and those with Intel chips, and the return of the glowing Apple logo would have been just the thing.

Why only two TB3 ports on the MacBook Pro?

The M1-based version of the 13-inch MacBook Pro has only two Thunderbolt 3 ports on the left side of the machine. The models with Intel CPUs—which are still available—have an additional two ports on the right side.

This seems like an odd distinction to make now if Apple is claiming that its M1 chip is so much faster than Intel’s, and with such dramatically improved battery life.

If you want to buy a MacBook Pro, you’re forced to choose between the “inferior” Intel chip with four ports, or the “superior” M1 chip with only two ports. That’s nuts!

Every time a new Mac is introduced, I pray that Apple will start to take video camera quality seriously. And every time, I’m disappointed.

Both the MacBook Air and Pro with the M1 processor still have the same absolutely garbage 720p FaceTime camera as earlier models. It’s not just that we should have 1080p by now, it’s that the sensor is old and embarrassingly behind the times.

Yes, of course I want the whole TrueDepth module and Face ID support in a Mac, but I recognize that probably requires a significant product redesign. I can’t imagine that stepping up to the vastly improved f/2.2 aperture 1080p FaceTime camera from the iPad Air would.

Apple says that video quality will be improved thanks to the M1’s image signal processor and Neural Engine. Thats probably true. Just imagine how good your Zoom calls could look with halfway-decent camera hardware, too!

Why not a bigger battery?

Looking at the spec sheets, it appears that the 13-inch MacBook Air and MacBook Pro have batteries exactly the same size as their Intel-based predecessors. The Air’s battery is 49.9 watt-hours, and the Pro’s battery is 58 watt-hours.

After all that talk about how the M1 is a system-on-chip that consolidates multiple pieces of silicon, and how the MacBook Air removed the fan, surely there would be room for more battery, right?

The efficiency of the M1 chip is responsible for big battery life gains. Apple says the Air goes up 15 hours when browsing the web, 18 hours playing back video, and lasts twice as long video conferencing. If we can expect battery life from 40 to 100 percent longer, just imagine how long the battery would last with another 10 watt-hours of capacity?