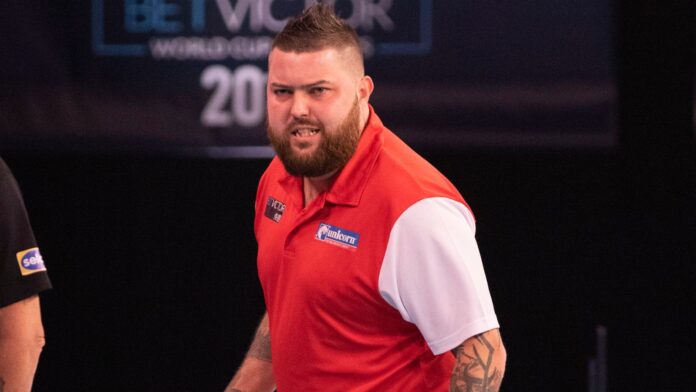 Michael Smith ended a run of 10 consecutive final defeats and a two-year wait for a PDC title by beating Jermaine Wattimena to win day one of the Winter Series.

A little less than 48 hours after his latest final defeat, alongside Rob Cross for Team England at the World Cup of Darts, Bully Boy finally made his return to the winner’s circle, beating Wattimena 8-6 in Tuesday’s final in Coventry.

Smith had started fast, averaging more than 100 in three of his first four matches to reach the last eight where he ended a career-best run to the quarter-finals for Conan Whitehead. Bully Boy then produced a superb performance to beat Jose De Sousa in the semi-final.

Standing in his way was Dutchman Wattimena who produced an astonishing run of scoring to blitz through the field – his best-of-the-day 112 average saw him past Brendan Dolan in the semi-final.

A brilliant 170 finish gave Smith the early lead in a thrilling final, and the Englishman kept his nose in front through to halt a barely believable run of two years without a title for a player of his standard. His last title came when he lifted the Shanghai Darts Masters in July 2018 and his win on Tuesday was his first Pro Tour crown since April 2018.

“It means everything to me to win this,” said Smith after claiming the £10,000 first prize.

“I said to Ian White ‘I’m winning one of these titles this week no matter what’ and I’ve done it on Day One.

“I don’t give up. I believe in myself 100 per cent and this shows what you can achieve in life if you carry on. I’ve been averaging 100 all day until the final but I don’t care, I’ve finally got a ProTour win to my name after so long.”

Wattimena can take solace from the fact he leads the way on the Order of Merit for players chasing a Grand Slam of Darts spot.

At the end of the five days in Coventry, the highest-ranked player on the Winter Series Order of Merit not to have already qualified for the televised event will secure a spot at the event which starts next Monday live on Sky Sports.

Smith already has a spot in the field and Wattimena will look to consolidate his place over four more days of relentless action.

Michael Smith is back in the winner’s circle after more than two years without a title and an 8-6 victory over Jermaine Wattimena seals him the top prize on Day One of the PDC Winter Series!