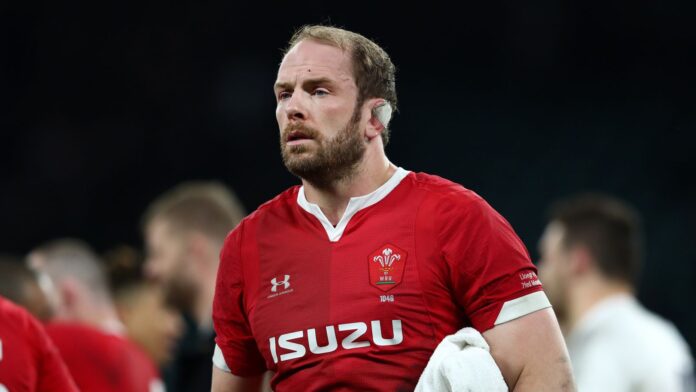 Wales captain Alun Wyn Jones will earn a record-extending 150th Test cap (141 Wales, nine British and Irish Lions) on Friday, when he leads the side out to play Ireland in Dublin in the Autumn Nations Cup.

Elsewhere, prop Tomas Francis will win his 50th cap in a front row alongside Rhys Carre and Ryan Elias, with Will Rowlands and Jones continuing their partnership in the second-row.

Justin Tipuric returns to the starting line-up after recovering from tonsillitis and features alongside Shane Lewis-Hughes and Taulupe Faletau.

Wales have named an unchanged back-line with Gareth Davies and Dan Biggar at half-back, with Owen Watkin and Jonathan Davies partnering in the midfield. Josh Adams, Liam Williams and Leigh Halfpenny are named in the back-three.

“Friday night is the start of a new international season and a new campaign and we are looking forward to getting out there and showing what we can do,” said Wales head coach Wayne Pivac.

“We have got four matches in the Autumn Nations Cup to perform and we are excited to be kicking the tournament off.”

On the bench Elliot Dee, Wyn Jones and Samson Lee provide the front-row cover with Jake Ball and Aaron Wainwright completing the forward contingent. Uncapped fly-half Callum Sheedy is named in the matchday squad for the first time.

Sheedy is joined on the bench by Lloyd Williams and George North – the latter in line for his 100th Test appearance if he takes to the field (currently on 96 Wales caps plus 3 British & Irish Lions).