Home World The 737 Max is set to fly again soon. But Boeing’s struggle... 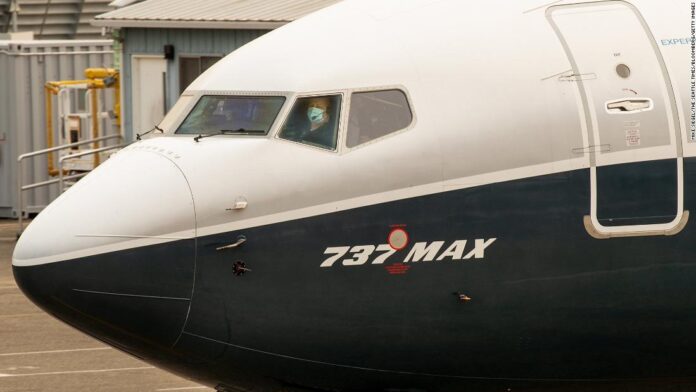 The process to recertify the Max, which has taken more than a year longer than Boeing (BA) originally hoped, should be “finished in the coming days,” according to a statement Monday by FAA Administrator Steve Dickson.
The grounding began in March 2019 after two crashes killed 346 people. Now Boeing is grappling with the aviation industry’s massive downturn caused by the Covid-19 pandemic.
Boeing announced Tuesday that it had no new orders for any of its commercial planes in October, and that customers canceled 12 existing orders for the Max.
The company also removed 25 Max orders from its backlog due to uncertainty that any carrier would buy them.
So far this year, Boeing has seen 460 canceled orders, and it now classifies another 846 orders as too uncertain to be counted in its order book. Almost all of those lost or uncertain orders were for the Max.
The long delay in getting the Max back into the air has allowed customers to cancel their orders without the typical penalty, said Richard Aboulafia, aerospace analyst for the Teal Group. It also puts airlines in a strong position to renegotiate pricing on their current orders, he said, or any future purchases.
Hardly any Boeing deliveries were made to its passenger airline customers in October. Boeing gets most of the money from a customer for completing a sale.
Of the 13 commercial planes it delivered in October, only five were passenger jets, with the rest being freighter or military versions of its passenger aircraft. Over the last six months it has delivered only 29 passenger jets, down from 126 in the same period a year ago.
Airlines are trying to conserve and raise their own cash during the current crisis, rather than take delivery of new aircraft that they don’t need given their sharply reduced schedules. For example, American Airlines (AAL) announced Tuesday that it would be selling 38.5 million shares to raise cash, following the lead of several other airlines that already have done so.
Boeing has built 450 of the 737 Max jets since the grounding, in anticipation of filling longstanding orders, but cash-strapped airlines have canceled many of those orders.
So an undisclosed number of Max jets will have to be “remarketed” to other carriers, Boeing CFO Greg Smith said on the most recent investor call. Smith did not say how many completed planes have no buyer but he said the need to find new customers and to possibly reconfigure some of the jets will delay some deliveries into 2023.
Bloomberg reported Monday that Southwest (LUV), which owns 34 Max jets, more than any other airline, is in negotiations with Boeing to buy some of those unallocated and completed jets. Neither Boeing nor Southwest commented on the report.
Reports that a Covid-19 vaccine may soon be available has lifted hopes for a rebound in travel. Boeing shares closed up 13.7% on Monday on the vaccine report and were about 5% higher in late day trading Tuesday despite the weak orders and deliveries numbers.
JPMorgan Chase analyst Seth Seifman raised his price target for Boeing shares to $190 from $155 early Tuesday. But he maintained his neutral rating and the new target price was only slightly above Tuesday’s market price.
— CNN’s Pete Muntean contributed to this report