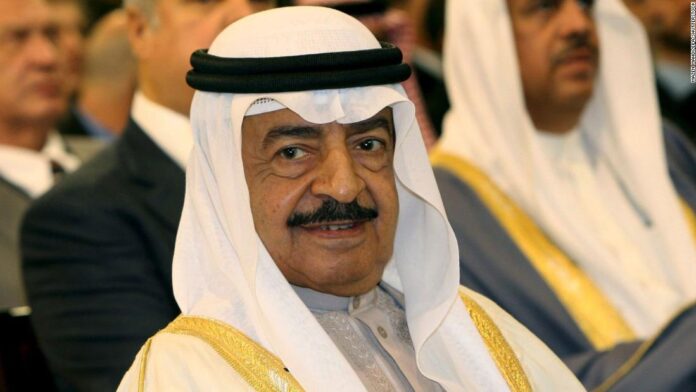 He died at Mayo Clinic Hospital in the US, according to Bahrain’s official news agency. Bahraini King Hamad bin Isa Al Khalifa has ordered a week-long mourning period in the country.
Khalifa took office a day after Bahrain declared independence from Britain, in August 1971. His image has been plastered on walls around the country for decades, and he is credited with helping to usher in a modern economy, but he was accused by activists of brutally quashing the country’s Arab Spring protests in 2011.
He was also known for his opulent wealth. The PM was a royal in the Al Khalifa dynasty that reigned in Bahrain for more than two centuries. He is the son of Sheikh Salman bin Hamad Al Khalifa, who ruled the island nation for nearly two decades while it was a British protectorate.