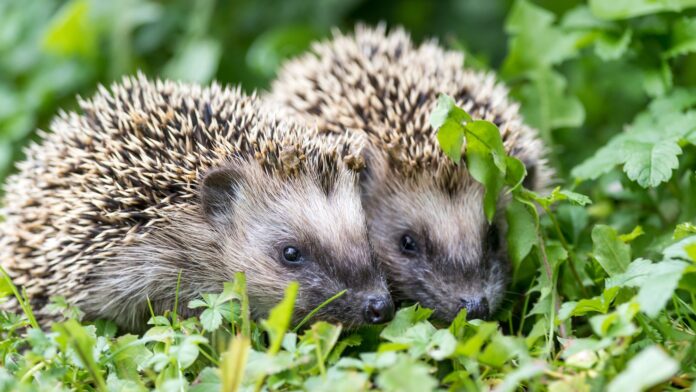 A wildlife campaign spearheaded by Queen guitarist Brian May has won a battle with a supermarket chain to save a threatened hedgehog habitat.

Amazing Grace, a hedgehog charity co-founded by the musician, told Sky News it was now forming an “exciting” partnership with Sainsbury’s to “enhance” the habitat for animals.

May and the team at the charity launched a campaign when plans by the company to expand their store at Burpham, in Surrey, threatened nearly 70 trees and the surrounding wildlife.

Within just 24 hours of May’s intervention, Sainsbury’s agreed to withdraw the plans and work together to develop more wildlife-friendly plans.

May, who wrote numerous Queen songs including Save Me, Keep Yourself Alive and We Will Rock You, said: “Sainsbury’s decision is a great step towards ensuring that wild animals already pushed into narrow corridors are able to survive and, more importantly, to thrive.

“We are now confident that solutions can be found for their expansion plans that are sustainable and effective, supporting local flora, fauna and humans.”

May, 73, is a frequent campaigner on wildlife issues and has previously spoken out against badger culling and fox hunting.

More from Brian May

Anne Brummer is the chief executive of Save Me Trust, a wildlife charity which runs Amazing Grace, and said she was “impressed” with how Sainsbury’s responded.

She said: “Somebody from Sainsbury’s contacted us within 24 hours. We had a call on Zoom and they agreed to withdraw the planning application. Brian and I were both really impressed with that.

“It was a big thing for them to pull the plans straight away and to look at working with us to enhance the site. We were over the moon.

“Sainsbury’s had a genuine commitment to help the wildlife. The wildlife is already there – it’s a lot of work for developers, but the extra work saves the wildlife.

“Working with someone as big as Sainsbury’s is really important. It is very exciting.

“If you cut down the trees, you are literally taking away from the hedgehogs and other wildlife their supermarket. It is their food source.”

A spokesperson for Sainsbury’s said the retailer was looking forward to working with wildlife groups on a new proposal which supports the environment, jobs, and shopping needs.