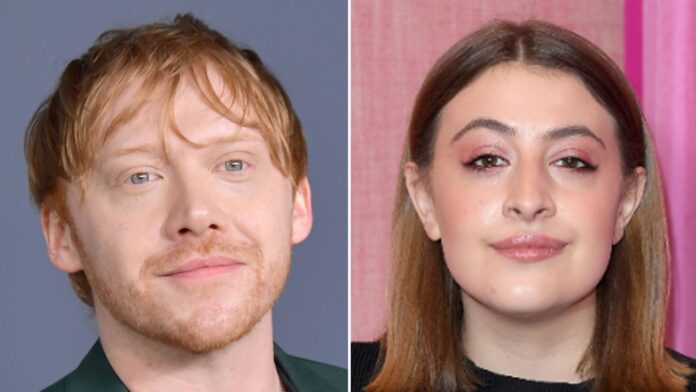 Harry Potter star Rupert Grint has joined Instagram and used his first post to introduce his baby girl to the world.

The 32-year-old actor shared a selfie of him sitting in a big yellow chair holding his daughter in his arms.

Grint also revealed the six-month-old’s unusual name in his message, writing: “Hey Instagram….only 10 years late, but here I am. Grint on the Gram! Here to introduce you all to Wednesday G. Grint. Stay safe, Rupert.”

The quirky name was made famous by Addams Family character Wednesday Addams, inspired by the line in the children’s nursery rhyme “Wednesday’s child is full of woe.”

Grint’s wizarding co-star Tom Felton, who plays Draco Malfoy in the franchise, was among the first to reply writing: “Welcome Weasley, it’s about time. Love to Wednesday xx”

As well as following Felton, Grint has followed other Harry Potter co-stars including Emma Watson, who played Hermione Granger in the franchise.

Grint’s profile picture also has a Potter connection, showing a snap of Dame Maggie Smith – who played Professor McGonagall in the films – kissing him on the cheek.

After less than 24 hours on the social networking site Grint had more than two million followers, including Ariana Grande and Sir David Attenborough.

Meanwhile, he chose an eclectic band of celebrities to follow, including Liam Gallagher, Greta Thunberg and Lewis Hamilton.

Grint and his actress partner Georgia Groome announced the birth of their first child back in May.

They first met on the set of 2008 comedy Angus, Thongs And Perfect Snogging, and have been together since 2011.

Grint shot to fame after starring in Harry Potter And The Philosopher’s Stone in 2001 as Harry’s best friend Ron Weasley.

He played the role in all eight films, with the second part of Deathly Hallows concluding the franchise in 2011.

He also starred in M Night Shyamalan’s thriller Servant, which aired on Apple TV + last year and will be returning for a second season in January.