Home World Should the Turkey Replace the Bald Eagle as the National Bird? Ben... 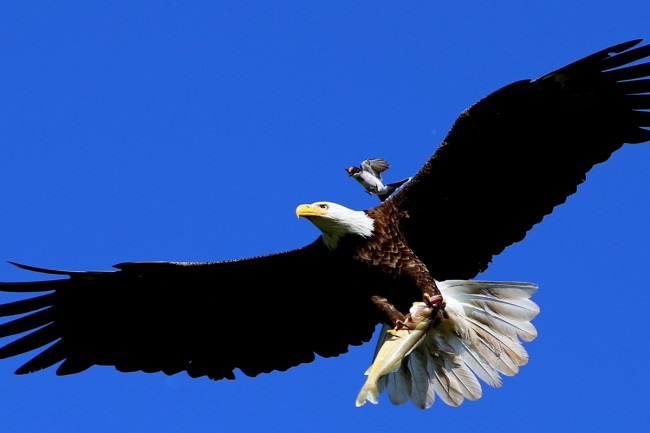 Four score and 158 Thanksgivings ago, the bald eagle became the national symbol for a young country when it landed on the Great Seal of the United States. And just two years later, founding father Benjamin Franklin questioned the decision — in a 1784 letter to his daughter, which is now preserved in the National Archives. He said the turkey would have made a better choice.

“For my own part, I wish the bald eagle had not been chosen as the representative of our country,” Franklin wrote. “He is a bird of bad moral character. He does not get his living honestly.” Franklin goes so far as to call the bald eagle a “rank coward,” offering examples to support his case. To be clear, the letter was written after the national decision and we have no record of Franklin making an official proposal for the turkey as the U.S. symbol and national bird. But it’s still fun to consider his request. 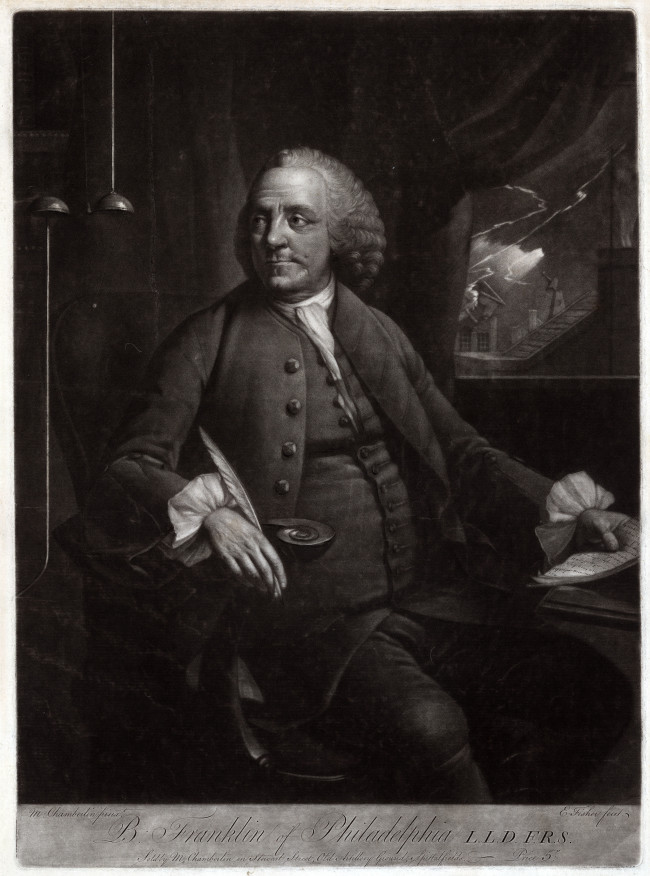 Franklin’s indictment of the bald eagle — and praise for the turkey — goes on for more than 10 sentences, as a sort of tangent in his letter. While mixing in jabs at the “red coat” British guard, his words wander between tongue-in-cheek humor and sincerity. But there’s also plenty of scientific legitimacy to some of Franklin’s points, based on current knowledge of bald eagles. Most notably: The patriotic raptor is more scavenger than predator.

Technically speaking, bald eagles are opportunistic predators, says Ed Hahn at the National Eagle Center in Wabasha, Minnesota. That means the birds feed on the flesh of dead animals (carrion), steal from other animals and hunt for their own food — when necessary. “The hierarchy really is in that order,” Hahn says. “Scavenging first, stealing second, hunting third. And that is determined purely by how easy it is to obtain their food.”

Franklin apparently felt incensed after observing for himself the “injustice” of an eagle stealing another bird’s hard-earned meal: “…too lazy to fish for himself, he watches the labour of the fishing hawk; and when that diligent bird has at length taken a fish, and is bearing it to his nest for the support of his mate and young ones, the bald eagle pursues him, and takes it from him.”

His other qualm stemmed from watching bald eagles retreat from attacks by much smaller birds — something that Hahn says is also well documented. Bald eagles are generally solitary and independent. And despite their large size, they often get mobbed by songbirds that see them as a threat. Eastern king birds are especially known to swarm, dive-bomb and chase away bald eagles that venture into their nesting territory. “That’s probably something Ben Franklin observed and was referring to,” Hahn says, while pushing back a bit on Franklin’s “rank coward” accusation. “They don’t want to sit there and be harassed all day. Nobody likes getting pecked on the head.” 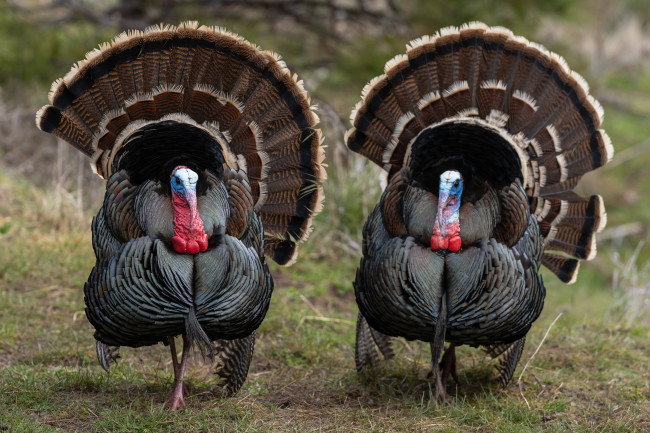 The turkey, on the other hand, is “a bird of courage,” wrote Franklin, with a caveat: “though a little vain and silly.” He contends that turkeys would not hesitate to attack invaders, such as British troops. Beyond the humor, modern research and observation backs this up to some degree, says Tanya Peres, a zooarchaeologist at Florida State University who has specialized in iconography and animal symbolism.

Most notably, turkeys tend to flock together and find strength in numbers. “Turkeys protect their own. But they’re also cooperative,” Peres says, adding that she has seen a tom (male turkey) pin down a dog on a farm when it stepped out of line. “Even male turkeys flock together.”

Younger male turkeys, called jakes, often stick around dominant males after a pecking order has been established. And groups of turkeys have been known to scare off raccoons and other predators encroaching on land, Peres says.

Her research suggests that turkeys likely played a dynamic role — beyond a food source — in the lives of Native Americans before the U.S. was colonized by Europeans. The birds might have provided “feathers, pest control (in crop fields), property protection, all of that,” Peres says.

Archaeologists in eastern Tennessee have also uncovered more than a dozen marine shell gorgets (an adornment for the throat) depicting a turkey motif. Many of these in burial sites suggest the turkey was a meaningful symbol and not just food, Peres says. In 2016, she published a paper based on exceptionally large excavated turkey bones that suggest possible turkey management as far back as 1200–1400 A.D. in the southeastern U.S. Other evidence of domesticated turkeys, including pens, discovered in Mexico date back 1,500 years.

None of this, of course, settles whether a bald eagle or turkey makes the better U.S. symbol. But symbols and colors can surely influence the identity and attitudes of a nation or community. “Subconsciously it’s there because it is part of culture, just like red, white and blue,” Peres says. “When you see them, it evokes a certain response in you.”

Personally, she added, she could get behind swapping the turkey for the bald eagle as the American symbol. As for Hahn at the National Eagle Center, he’s on Team Eagle, with all due respect to the early founding father. “I’m totally onboard with the bald eagle,” he says. “But I can understand where Franklin is coming from.”