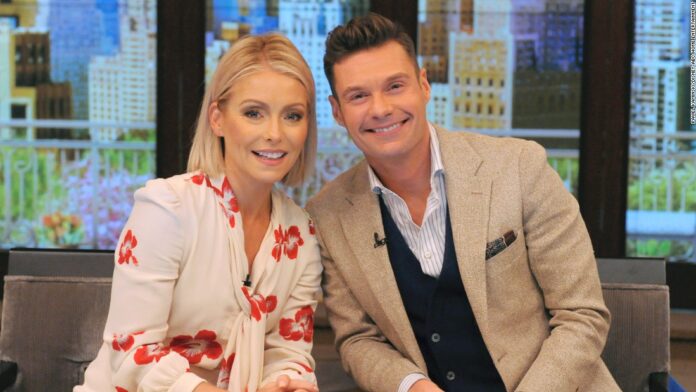 Ripa kicked off the praise during an interview with “Entertainment Tonight,” calling Seacrest “humble” and “generous.”
“Working with your friends is a great privilege. It is a joy, and I have to say that it is a rare thing to work with a guy who is so authentic and fun and joyful and humble and generous and kind to everyone,” said Ripa.
“What you see of Ryan on the air is the person he is backstage, which is a unique thing.”
She added that he “just brings joyfulness and enthusiasm and professionalism and an authenticity to this place that I’m just so grateful to have here.”
Seacrest, who was also interviewed, said he was nearly in tears over Ripa’s compliments.
“I’m using every ounce of energy to fight back tears right now, while she’s saying that,” he said. “We do a television show, but it’s not just a television show. We come in and we literally have our first cup of coffee together and catch up with each other as friends do, and that’s the dynamic we hope we have with people who are watching as well.”
He called her “an amazing individual” and said she’s like his coach.
“I learned so much from her, not just (about) being on the air but about life. I mean she’s a remarkable colleague, the most amazing mother and wife and I get to see all sides of that.”
Ripa added that the two are genuinely friends outside of the show.
“What’s interesting is we usually text each other 15 times before the show. Yet we still have things to say on the air, which is weird,” she said, adding, “It’s a weird codependency. We’re happy to have our psychiatric episodes unfold before everyone on live TV.”
“It’s our therapy,” said Seacrest.