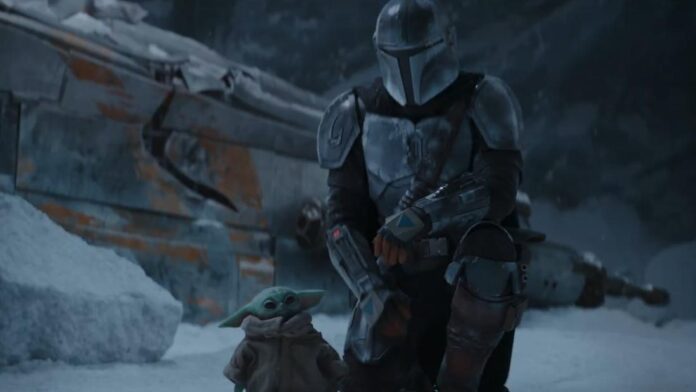 Iger was right that Disney+ was a significant shift in the nearly century-old entertainment company’s focus. But he was wrong about one thing: Disney+ isn’t the future of Disney. It’s the present.
The service celebrates its first anniversary on Thursday, and it’s already become the center of Disney’s media kingdom. It’s racked up more than 60 million subscribers (a long-term goal it matched in merely nine months), hosted content that was nominated for 19 Emmys and introduced the world to the cutest baby in the galaxy.
Crucially, Disney+ has been a saving grace for the company during one of its worst years.
The coronavirus pandemic has hit nearly every business, but Disney (DIS) was walloped harder than most. Its theme parks and resorts were closed for months, its productions have stalled and blockbusters have been delayed. All of this led to deep layoffs at the company and questions about Disney’s future following its dominant 2019.
Although the rest of the company was hobbled, Disney+ thrived.

As consumers were stuck at home, the service — which houses beloved brands like Disney Animation, Marvel Studios, and Star Wars — was pushed to the “absolute forefront of the company,” according to Jeffrey Cole, the director of USC Annenberg Center for the Digital Future.
“It’s become the central part of Disney,” Cole told CNN Business. “Most of us anticipated it would take two or three years to get to these subscription levels, to be this central, to be an important source of revenue, to become a part of the culture — and it happened in months because of the pandemic.”
The stunning growth of Disney+ also pushed the company to its streaming future much faster than initially planned. Disney announced a reorganization of its media and entertainment business earlier this month to “further accelerate” its streaming strategy.
The pandemic forced Disney to “pivot faster,” said Trip Miller, a Disney investor and managing partner at hedge fund Gullane Capital Partners.
“Disney+ has been the one shining star in the Disney empire in 2020,” Miller told CNN Business. “The advent of the Disney+ platform could not have come at a better time.”
In some ways, the stars aligned. As Miller put it, “it seems like half luck and half brains, from a timing perspective.”

Despite this year’s whopping success, Disney+ has a long way to go before it’s profitable.
Disney+ could end up losing $2 billion for its parent company this year and another $2.2 billion in fiscal year 2021, according to estimates from media research firm MoffettNathanson. We’ll find out more Thursday afternoon when Disney reports its quarterly finances.
Disney projects its service will become profitable sometime in its fiscal 2024 year. Michael Nathanson, a media analyst and founding partner of MoffettNathanson, concurs.
“I think Disney+, and the rest of their direct-to-consumer assets like Hulu and ESPN+, are the most important units in the eyes of investors,” Nathanson told CNN Business. “It’s a source of long-term growth and helps offset [factors like] cord-cutting and shifts in audience behavior.”
2024 is a long time from now, especially considering the company is fighting battles on multiple fronts. Not least, its theatrical and parks divisions are still under siege from a pandemic that doesn’t look to be slowing down any time soon.
Although concerns remain about Disney+ creating enough content to feed consumers’ appetites, as well as ever-present competition from rivals like Netflix (NFLX), Disney+’s first year is a massive success story.
It’s not only helped keep Disney afloat in the most challenging of years, but also quickly bridged the gap between what Disney is and what Disney will become.
“They are really all in now,” Nathanson said. “Disney has built a lifeboat that gets them through the current storm in traditional media.”