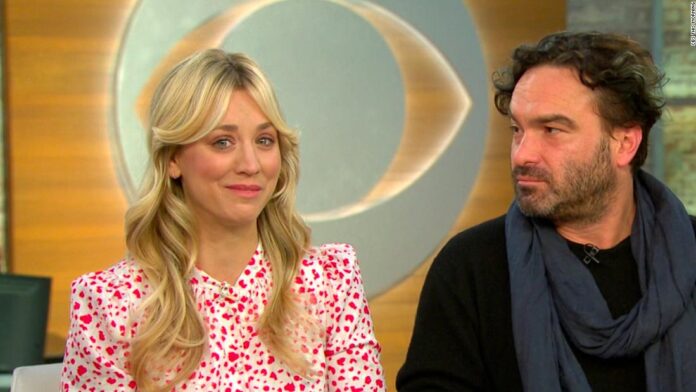 Cuoco recently appeared on Dax Shepard’s podcast, “Armchair Expert,” and she talked about the fact that she and Galecki started dating at the beginning of their hit CBS sitcom, “The Big Bang Theory.”
The pair broke up after two years and, she said, “Luckily Johnny and I came out of it so brilliantly and we’re closer today than we ever were.”
But as the relationship ended, things between their characters on the show started heating up.
“When we broke up obviously it was a little sensitive for a minute, but I remember those weeks that Chuck [Lorre, the show’s creator] had written these episodes where all of a sudden our characters were like sleeping together every other second,” she said.
Cuoco laughed and said she and Galecki believe Lorre may have done it on purpose to mess with them, adding, “All of a sudden these characters were all up on each other.”
The show ended last year after 12 seasons and the two stars have also moved on romantically.
Cuoco, who is now starring in “The Flight Attendant,” is married to Karl Cook, and Galecki welcomed a son last year with his girlfriend, Alaina Meyer.

Tributes to Chadwick Boseman pour in on birthday