Home Sport WEC – No7 Toyota Sets Best Time of Event So Far in... 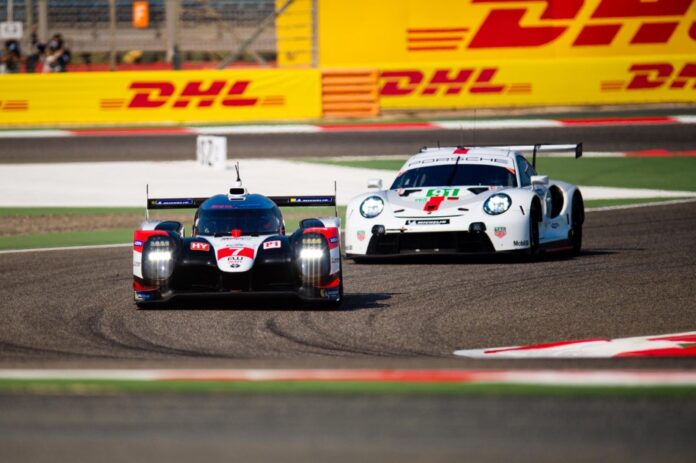 As the temperature gauge climbed towards 30 degrees centigrade, the no7 Toyota TS050-Hybrid was the fastest car on track in the second Free Practice session of the 8 Hours of Bahrain, Round 8 of the 2019/20 FIA World Endurance Championship.

Jose-Maria Lopez posted a 1m42.857, 1.1 seconds ahead of the championship leading no8 Toyota and 0.6 seconds faster than the best time set in yesterday evening’s first practice session.

Ferrari was the fastest of the three GT manufacturers, with the no71 488 GTE of Miguel Molina posting a 1m57.193, 0.229s ahead of the no91 Porsche 911 RSR-19 of Gianmaria Bruni.  The no51 AF Corse Ferrari was third fastest with the two championship leading Aston Martins were in 4th and 6th after the second 90-minute session concluded.

The LMP2 class was once again led by the no29 Racing Team Nederland Oreca, with Nyck De Vries setting the best time of 1m48.601, seven tenths ahead of the no36 Signatech Alpine ELF A470-Gibson and the no22 United Autosports Oreca.