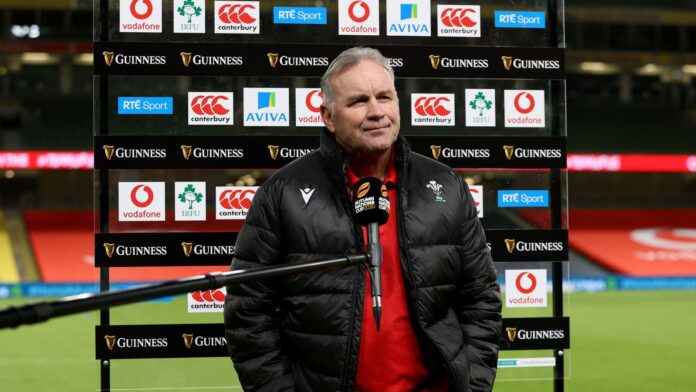 Wales have lost their sixth game on the trot after their 32-9 defeat to Ireland; coach Wayne Pivac is confident he can turn their fortunes around but says it will take patience as he looks to change their mindset.

Wayne Pivac insists he is the right man to revive Wales’ faltering fortunes after slipping to a sixth successive loss with a crushing defeat to Ireland.

Wales’ alarming tale of woe under head coach Pivac continued in Dublin as they were thumped 32-9 in the opening match of the Autumn Nations Cup.

The New Zealander, who replaced long-serving compatriot Warren Gatland following last year’s World Cup semi-final loss to South Africa, feels his side have been contributing to their own downfall.

Despite falling well short at the Aviva Stadium, Pivac remains confident his methods will eventually pay dividends but warned there will be no quick fix.

“At the moment, they are bitter pills to swallow for everybody because I think we are helping the opposition and giving them too many easy ins and we’re hurting ourselves,” said Pivac.

“It’s something we will work very hard to rectify as soon as we can.

“Obviously we are concerned about any performance where we don’t get the result we are after. And we’ve had a few on the bounce.

“I think preparations have been good and we’re working very hard as a group. It is taking a bit of time for us to click and make sure we eliminate the errors that are hampering us at the minute.

“We’re looking to change what has been done for over 10 years and change mindsets and it doesn’t happen overnight in my experience and it’s something we will continue to work towards because we believe in it.

“The players are working very, very hard. From our point of view, it’s rolling your sleeves up on Monday. We’re not giving up on this, it’s not the World Cup, we’re working towards the World Cup and it’s going to take time.”

Pivac plans to ring the changes for next weekend’s clash with Georgia but insists that was the intention ahead of crossing the Irish Sea.

“We’re not going to change from our plans, so there will be a lot of changes for next week, which are already pre-planned,” he said.

“And that is to give the squad a run by the end of the Georgia game and that’s what we will be doing.

Rare meteorite that fell on UK driveway may contain ‘ingredients for...