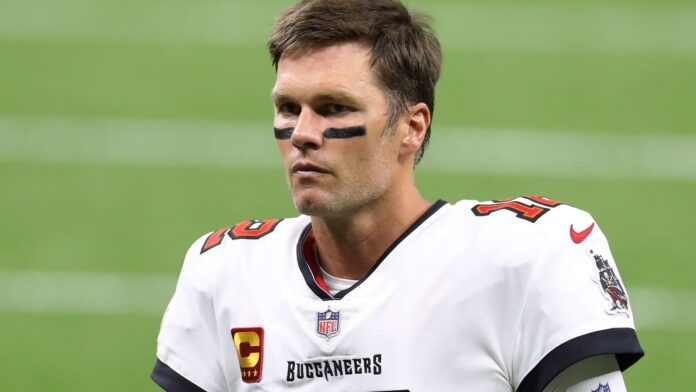 The Tampa Bay Buccaneers come up against the Carolina Panthers on Sunday – live on Sky Sports NFL at 6pm – as they look to recover from a crushing defeat to the New Orleans Saints; The team were forced to hold team meetings at Tampa International Airport as they waited to take off

The Tampa Bay Buccaneers arrived in Charlotte more than seven hours late after mechanical issues with their plane delayed their arrival ahead of Sunday’s match against the Carolina Panthers, according to reports.

The flight was scheduled to depart Tampa International Airport at 2.25pm ET and land in Charlotte at 3.55pm ET, according to ESPN.

The delay forced the team to hold team meetings and eat a meal inside the airport. The Buccaneers followed social distancing protocols by congregating in areas with restricted access to the general public or outdoors.

Tampa Bay departed for Charlotte just before 9.30pm ET, according to NFL Network, which was first to report the team’s travel issues. The team finally landed at 11.27pm.

What went wrong for Brady and the Bucs?

The NFL can be a fickle business, and the Tampa Bay Buccaneers are the latest reminder of just that.

Everything was looking dandy entering November. Bruce Arians’ team were being eulogised as a playoff-bound juggernaut led by a Tom Brady sticking it to Father Time, and with a suffocating Todd Bowles defence taking names at the line scrimmage.

Two weeks later, and the Bucs are licking the wounds of a 38-3 demolition at the hands of the New Orleans Saints, having just about escaped East Rutherford with a 25-23 win over the New York Giants earlier in the week.

The performance against the Saints was as ugly as it was ever going to get, and one Arians will be hoping proves a mere anomaly.

No Champion bid for Buveur

“Star Wars: The Force Awakens” takes the world by storm

Life, loss and grief in the new film “Demolition”