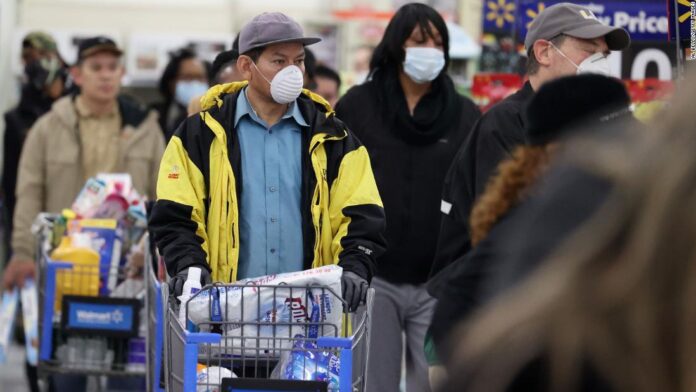 In April, the company began restricting the number of people to 20% of its store capacity, or lower if mandated by local officials. But for a brief period of the time, its stores stopped counting the number of customers that entered it stores.
“We know from months of metering data in our stores that the vast majority of the time our stores didn’t reach our self-imposed 20% metering capacity,” said Kory Lundberg, a Walmart (WMT) spokesperson. “Out of an abundance of caution, we have resumed counting the number of people entering and leaving our stores.”
Like other retailers, Walmart is spreading Black Friday sales over time to limit the number of people in stores during the holiday shopping season.
Walmart’s Black Friday deals will last three weekends, which will begin on its website before hitting stores a few days later. “Black Friday Deals for Days” encompassed the first and second weekends of November and will include the fourth weekend too, with the deals appearing online Wednesdays.
Although it’s pushing people to shop online and use its curbside pickup option, shoppers that go to its stores won’t experience the pandemonium of the past. Instead, they will form single-file lines at the entrance and be given sanitized shopping carts. “Health Ambassadors” will be stationed at entrances to remind people to put on their masks. Social distancing will be enforced inside with capacity controls and one-way lanes.
Walmart said the changes at its stores “will be safer and more manageable for both our customers and our associates.”
With the holiday season fast approaching and the weather getting colder, more shoppers are looking to stock up for the winter season ahead. Nearly 60% of shoppers say they plan to stock up again as winter approaches, according to a survey of 1,000 shoppers by market research firm Inmar Intelligence conducted during the week of October 14.
Other grocery store chains, such as Kroger (KR) and Giant, have begun reinstating purchase limits on items, such as toilet paper, paper towels and disinfecting wipes. The moves come as grocery stores look to prevent shoppers from hoarding and “panic buying” — like before when the pandemic first hit in the spring.
Coronavirus cases have surged to record levels in the US, with more than 45 states reporting new infections this week than the week prior, according to data from John Hopkins University. So far, there have been at least 10,962,835 cases of coronavirus in the United States and at least 245,933 deaths.
Many states have also begin setting stricter measures to stop the spread of the virus, including scaling back indoor dining and banning services for nonessential businesses.
— CNN’s Nathaniel Meyersohn contributed to this report.