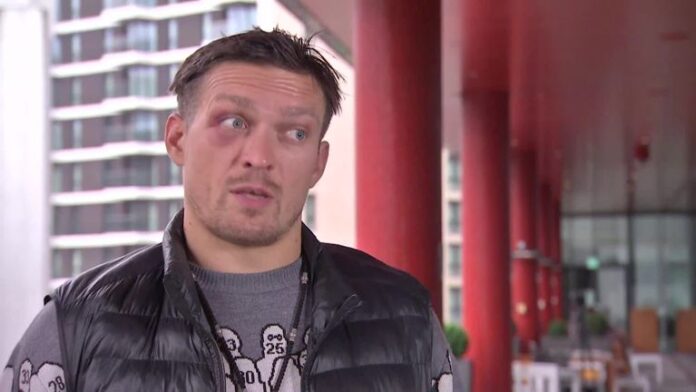 Eddie Hearn on Anthony Joshua vs Tyson Fury: “Not one person can have any doubt after that fight, who the baddest man on the planet is.” Joshua defends his world titles against Kubrat Pulev on December 12, live on Sky Sports Box Office.

Tyson Fury’s list of opponents is “laughable” in comparison to Anthony Joshua who will prove himself as “the baddest man on the planet”, says promoter Eddie Hearn.

Unified champion Joshua defends his world heavyweight titles against Kubrat Pulev on December 12, live on Sky Sports Box Office, and victory paves the way for a blockbuster battle with Fury.

The WBC title holder has ruled out a homecoming clash with Agit Kabayel in December amid an ongoing dispute over a third fight with Deontay Wilder, but Joshua’s promoter Hearn believes Fury’s choice of challenger should end any debate about which British star has the better record.

The Gypsy King is returning in 2021. Only those that have supported me 100% since my comeback will be with me for the glory.

“These are consecutive fights. You don’t see Tom Schwarz, Otto Wallin, Sefer Serferi. Who is the other geezer? I can’t even remember his name, the Italian bloke? And then Agit Kabayel.

Move with a positive team & doors will open 💥 pic.twitter.com/ZRQUmyhdBa

“I mean it’s laughable when you compare the two resumes, but it’s in black and white for everyone to see.”

Hearn has admitted that Fury’s mediation process with Wilder could delay a planned undisputed world title clash in 2021, meaning that Joshua could firstly fulfil a WBO mandatory title defence against Oleksandr Usyk.

The Matchroom boss insists his fighter has no concerns about facing the Ukrainian pound-for-pound star, who defeated Derek Chisora on points last month, although Joshua’s top priority is to prove himself as the world No 1 by toppling Fury.

Not one person can have any doubt after that fight, who the baddest man on the planet is.

Eddie Hearn on Joshua vs Fury

“Anybody, and now he’s doing it again, and that’s why when you talk about Usyk, he will fight Usyk no problems at all, but he wants to fight Tyson Fury.

“He wants to prove he’s the best heavyweight in the world and undisputed or not, we will do everything we can to make sure it is. Not one person can have any doubt after that fight, who the baddest man on the planet is.”

Joshua has recently reiterated his desire to add Fury’s WBC belt to his WBA, IBF and WBO titles, provided that he firstly overcomes IBF mandatory challenger Pulev, who has only suffered one defeat against Wladimir Klitschko in 2014.

“When the time is right, the opportunity will present itself.”

Referring to Pulev, Joshua added: “He wants the titles and he wants to beat me.

“That’s what he possesses – hunger and motivation. I’ve got to take away that motivation and suppress that confidence.

“That’s how you beat somebody, by breaking their soul.”