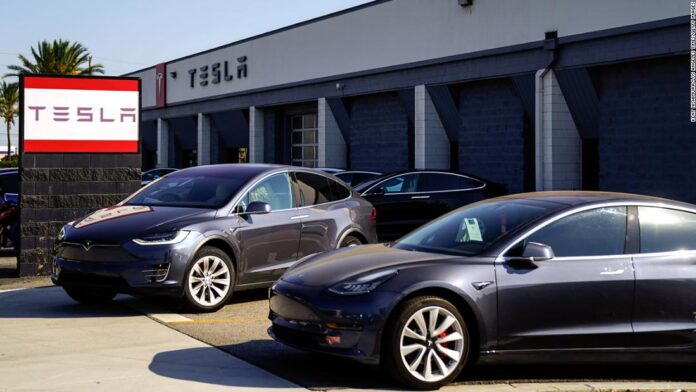 Tesla (TSLA), which is now valued at more than Toyota (TM), Disney (DIS) and Coca-Cola (KO), has a market cap of nearly $387 billion.
To be eligible to join the S&P 500, a company must be based in the United States, have a market capitalization of at least $8.2 billion, be highly liquid, and have at least 50% of its shares available to the public. Its most recent quarter’s earnings and the sum of its trailing four consecutive quarters’ earnings must be positive, as well.
In October, Tesla reported its largest quarterly profit to date in October, earning $874 million in the third quarter, excluding special items, pushing its income up 156% from a year ago quarter marked the company’s fifth consecutive quarter of growth.
Tesla will replace an S&P 500 company, information about which company S&P Global says will be released at a later date. The index committee says it’s also considering whether Tesla should be added all at once or in two separate tranches.
There are over $11.2 trillion in assets benchmarked to the S&P 500, according to S&P Global, including $4.6 trillion of the total in indexed funds.
“Clearly this is a key positive for shares and indexing purposes and ultimately removes another question mark around the Tesla story going forward,” Wedbush analysts Daniel Ives and Strecker Backe wrote in a note to clients.
Tesla shares were up more than 10% upon the news, according to Refinitiv.
In September, the S&P 500 stopped short of adding Tesla to its index of companies, instead adding Etsy (ETSY), Teradyne (TER) and Catelent. The three companies replaced H&R Block (HRB), Coty (COTY) and Kohl’s (KSS). Bullish investors were surprised by the news and held hopes the automaker would be added, after shares have surged more than 400% this year.
— CNN’s Annalyn Kurtz and Clare Duffy contributed to this report.