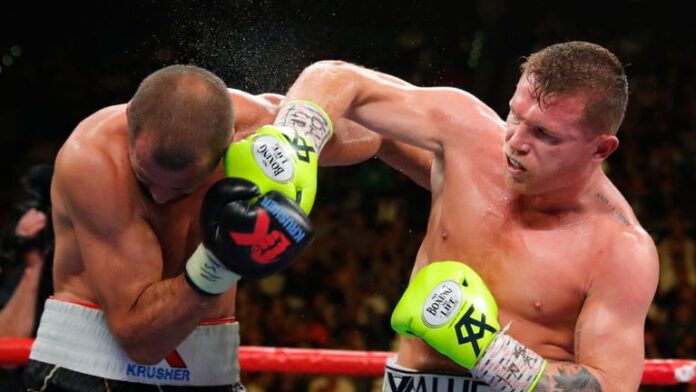 Saul ‘Canelo’ Alvarez will challenge for Callum Smith’s world super-middleweight title on December 19 in the USA.

The year-long wait for Canelo’s return has ended in a major opportunity for Smith who, along with Billy Joe Saunders, has long coveted this fight.

Undefeated Smith’s WBA ‘super’ belt will be on the line against four-weight world champion Canelo, who can strengthen his grip on the super-middleweight division if he wins.

The Mexican superstar currently holds WBA and WBC belts at middleweight plus another version of the WBA’s super-middleweight title.

They remain in an ongoing lawsuit taken out by Canelo over an inability to agree terms for his next fight.

He has been out of the ring since November 2019 when he won a world title in a fourth division by knocking out light-heavyweight champion Sergey Kovalev.

Canelo is a veteran of 56 fights including two classic middleweight battles with Gennadiy Golovkin and his sole defeat to Floyd Mayweather.

Callum Smith has won all 27 of his fights – he most recently outpointed John Ryder last November and notably knocked out George Groves to win the WBA title and World Boxing Super Series tournament.

“Make no mistake, Smith is the test of a lifetime for Canelo,” Tony Bellew told Sky Sports.

“Canelo? I’m not so sure he can deal with the size and the pressure that Smith will bring.

“The biggest shock that Canelo will find? When Callum gets on the inside he is not to be messed with.

“I think Callum can shock the world.

“He will be a heavy underdog because Canelo is pound-for-pound up there with the big boys.

“Canelo is the best counter-puncher in boxing and a devastating body puncher.

“If anyone has the keys to unlock the door, it is Callum.”