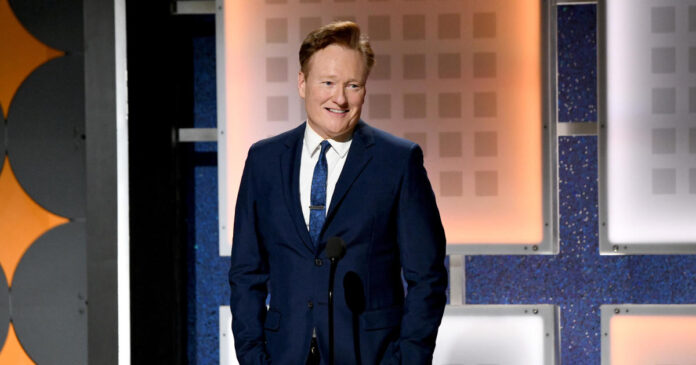 Conan O’Brien is leaving late night television next year — for a new, weekly variety series on the HBO Max streaming platform. The famed host’s nightly talk show “Conan” on TBS will end after its 10th season next June, according to a WarnerMedia press release.

“In 1993 Johnny Carson gave me the best advice of my career: ‘As soon as possible, get to a streaming platform,'” O’Brien said, according to the release. “I’m thrilled that I get to continue doing whatever the hell it is I do on HBO Max, and I look forward to a free subscription.”

While his late night show will end on TBS after 10 years, his travel specials, “Conan Without Borders,” will continue to be produced, the release notes.

WarnerMedia is the parent company of both HBO Max and TBS.

O’Brien has worked as a late night host for nearly three decades. In 2015, he became the “longest-working current late night talk show host” in the U.S., following David Letterman’s retirement, according to TBS.

The star served as a writer and producer on multiple TV shows, including “Saturday Night Live,” before becoming the host of “Late Night” on NBC in 1993, TBS said. He famously left the network in January 2010 after a brief time as the host of “The Tonight Show.” His TBS debuted in 2010, according to IMDb.

“[Twenty-eight] years is a monumental achievement in late-night television,” Brett Weitz, the General Manager for TNT, TBS and truTV, said in the release. “We’re incredibly proud of the groundbreaking work that Conan and his team have accomplished during the 10 years at TBS and are so glad that we will continue to have his presence on our air with the ‘Conan Without Borders’ specials.”

The 57-year-old comedian is also the face of Team Coco — a “fan-centric multi-platform media company” with a reach of more than 55 million fans each month, according to the release.

He has hosted the Emmy Awards twice and performed at the White House Correspondents Dinner for two presidents, among other accomplishments. He has earned four Emmys and other awards throughout his career.

Madeira to open up to vaccinated tourists

IATA: Aviation is moving from bad to worse