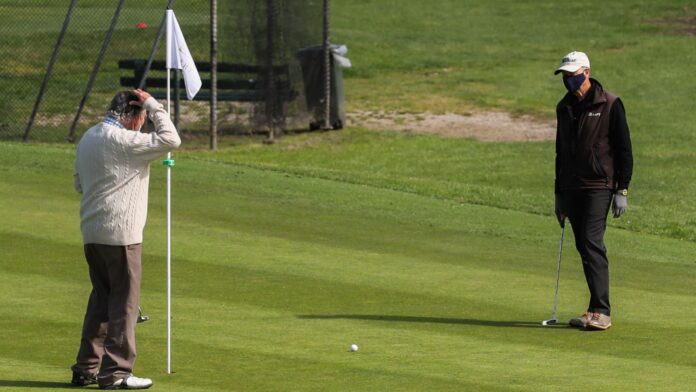 The online petition received more than 257,000 signatures; Golf courses have been closed since November 5 and are set to remain shut until December 2 when the ongoing four-week lockdown period is due to finish

A debate on the petition to exempt golf courses from the list of venues required to close during lockdown will be discussed by Parliament on November 23.

The All-Party Parliamentary Group was unable to persuade the Government to keep golf courses open during the four-week lockdown period, which is due to end on December 2.

More than 257,000 people signed the online petition in just three days earlier this month, with England Golf at the time highlighting the various health and wellbeing benefits of the sport as they lobbied in vain.

Catherine McKinnell MP, chair of the petitions committee, will lead the debate on Monday, nine days before the lockdown is set to be lifted.

The Department for Digital, Culture, Media and Sport will send a Minister to respond.

England Golf chief executive Jeremy Tomlinson said: “We know the benefits our sport can provide for both mental and physical health at this time of isolation and hope the Government can recognise this during the upcoming debate and support golf’s return to playing.

“Earlier this year, the game of golf was able to clearly demonstrate that it could be enjoyed in a Covid-safe way, which is why it was one of the first sports to return once restrictions were lifted.

“This was a privilege that the sport took incredibly seriously and accordingly adopted the highest possible standards to keep participants safe.”

Golf was among the first sports allowed back after the first national lockdown period earlier this year, with players initially restricted to two-ball pairings from outside of their own household.