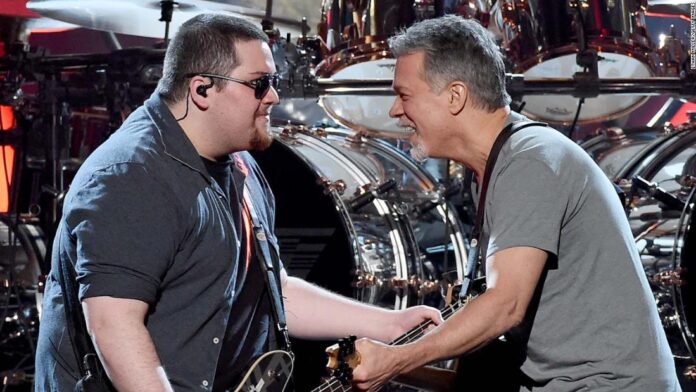 “Things just kept piling on and piling on. The second he would get a wind, it was one step forward, two steps back,” the younger Van Halen told “Entertainment Tonight.” “But for the worst situation and experience of my life, it couldn’t have gone smoother. I was very happy I was able to spend every second with him that I could.”
The 29-year-old musician recently released a song in honor of his dad and told “ET” he was glad his father got to hear his new music before he died from cancer in October at age 65.
“I don’t know what I would do if I was never able to hear him react to my music,” his son said.
“I’m really blessed that I was able to experience that.”
The music video for the song features lots of home movies, and Wolfgang Van Halen said it’s been very emotional for his mother, actress Valerie Bertinelli, to watch.
“All I had to do was walk into her house and say, ‘Hey, I have the video,’ and she started crying before she even watched it,” he said. “She’s watched it countless times. She’s probably downstairs on the couch right now watching it.”