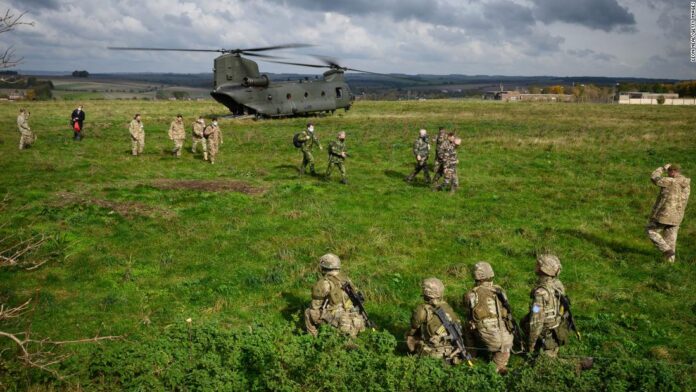 The money will be allocated across four years and comes on top of the current budget. In 2020 – 2021, the UK Defense Ministry already had a budget of almost £41.5bn.
“I have taken this decision in the teeth of the pandemic because the defence of the realm must come first,” Johnson said in a statement Wednesday.
“The international situation is more perilous and more intensely competitive than at any time since the Cold War and Britain must be true to our history and stand alongside our allies. To achieve this we need to upgrade our capabilities across the board.”
The announcement has been taken by defense officials and experts as a sign of Britain seeking to carve out its new place on the international stage.
In January, the country will enter its post-Brexit phase, while across the Atlantic US President-elect Joe Biden takes office. The influx of cash could consolidate the UK’s position as the largest defense spender on the continent and the second largest in NATO, a fact likely to please the US.

The boost in funds comes after a concerted push by the MOD for more money from the UK’s Treasury.
A defense official, speaking anonymously in order to be candid, told CNN: “It’s taken us a bit by surprise because it’s been a quite a fight but I think we are really pleased because this puts British defense on a much firmer footing.”
“In the end the [Johnson] got it…Britain needs to step up post Brexit,” the official said, adding that the expanded defense budget meshed with Johnson’s view of the UK’s future global role.
Johnson’s government has said the money would be invested in technology for “cyber and space and addressing weaknesses in our defence arsenal that cannot be allowed to continue.”
Its statement adds: “To support these advancements, the Prime Minister will also announce a new agency dedicated to Artificial Intelligence, the creation of a National Cyber Force to protect our people from harm and a new ‘Space Command’, capable of launching our first rocket in 2022.”
The defense official told CNN that the funds would help the armed forces develop a “digital backbone.”
“There will be quite a lot of emphasis on new tech, space and cyber but this allows us to do that investment while maintaining strong forces in the air land and sea with a specific focus on maritime,” they said.
The official said the funding path over the next four years for the military’s aircraft carriers, frigates, next generation cruise missiles and the UK’s nuclear program was now “much, much clearer.”

The spending boost is a strategic move from Johnson, who has faced consistent domestic political setbacks and is likely hoping for a reset.
He has been criticized over his handling of the coronavirus crisis and recently fired two close advisers. The military announcement is certain to please members of his Conservative Party.
Johnson also needs to build a relationship with the incoming US president.
“This is a good thing to start with an incoming Biden administration,” the defense official said, though stressing that the Defense Ministry’s push for more funds originated prior to the US election.
Some of the money will also be allocated to joint US-UK research efforts known as “next generation,” which focuses on projects such as hypersonic missiles and directed energy weapons.
“This settlement means we can hold up our end of the bargain and put some money into those areas,” the official added.
The boost could aim to help Britain expand its role globally.
“This announcement demonstrates that the UK remains committed to playing an important role on the global stage,” said Karin von Hippel, Director General of the defense think tank, Royal United Services Institute (RUSI), adding that it would be “welcome news to the incoming Biden Administration.”
On defense, the UK can now set itself apart from the EU, whose 27 member states all disagree on the best way forward for European Common Security and Defence Policy.
Some states, led by France, believe European county’s should focus on the continent’s military resilience, while others such as Germany prefer to bolster NATO.
Johnson is expected to deliver a speech in the UK’s House of Commons outlining the details of the spending boost.
It comes ahead of an integrated review of the UK’s foreign, defense, development and security policy, which is expected to be released in the new year.
CNN has contacted the US Department of Defense for comment but is yet to receive a response.