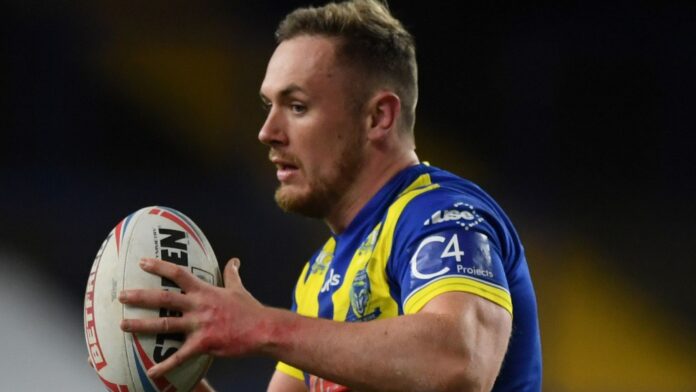 Ben Currie: “I’m delighted to be able to commit my long-term future to Warrington… for the next step of my career I want to kick on and become a leader for this team and hopefully lead us towards some silverware”

England forward Ben Currie has signed a new three-year contract with Warrington, who have also given fresh deals to Jason Clark and Matt Davis.

“I’m delighted to be able to commit my long-term future to Warrington,” he said.

“I’m one of the senior boys now and really feel like I’ve developed and matured as a player during my time here.

“For the next step of my career I want to kick on and become a leader for this team and hopefully lead us towards some silverware.”

Australian Clark will line up for a third season in the primrose and blue alongside his former South Sydney Rabbitohs team-mate Greg Inglis, having agreed a new 12-month contract, while former London Broncos loose forward Davis has signed a new two-year deal.

“I thought he had a really strong season this year and he’s only going to get better. I see Ben capable of being a future leader of our club going forward and driving high standards.

“Jason Clark is the ultimate professional and a team-first person. We are all very appreciative of all the little things he does for this team and I’m excited to work with him again next season.

“Matty Davis has really earned his stripes since making the step up to Super League. He sets himself really high standards, does all the little things right and I’m looking forward to Matty growing his game.”