Home Sport Moriarty released from Wales squad due to injury 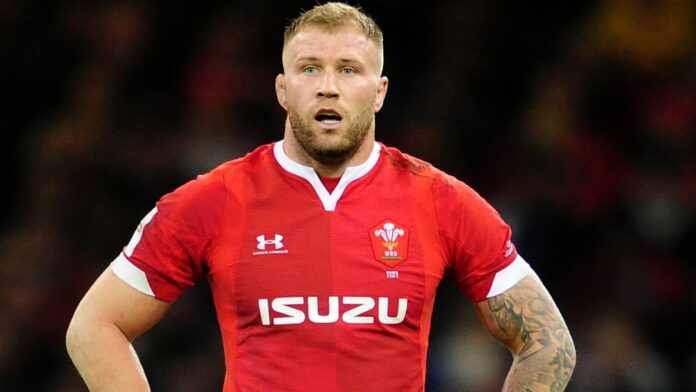 Ross Moriarty has not featured for Wales in the Autumn Nations Cup due to an ankle problem, and has now been ruled out of their final two matches of the campaign; Wales host England at Parc y Scarlets on Saturday

Ross Moriarty has been released from Wales’ Autumn Nations Cup squad due to injury.

The Dragons back-row forward, who has won 45 caps, has not featured in the tournament so far because of an ankle problem.

And he has now been ruled out of Wales’ final two games, including their appointment with England in Llanelli on Saturday.

“Ross Moriarty has been released from the Wales squad due to an ankle injury sustained in training,” the Welsh Rugby Union said.

Wales assistant coach Neil Jenkins said: “It is a blow with Ross.

“We were hoping he was going to be okay for the latter games, but sadly that’s not to be the case. He has been a big player for us over a long period of time.

“It is what it is and hopefully he will get himself right for the Six Nations when that comes around.”

Moriarty’s fellow back-row forward Josh Navidi has been recovering from concussion and not yet played in the Nations Cup, while openside flanker Justin Tipuric suffered a head knock during Wales’ victory over Georgia on Saturday.

Jones: We are Wales’ game of the year

Eddie Jones says playing against England is Wales’ biggest game of the year, adding: “They wrote a song about it, didn’t they?”

Wales have endured a tough start to life under new coach Wayne Pivac, with their run of six consecutive defeats coming to an end via an unconvincing victory over Georgia at Parc y Scarlets on Saturday night.

Conversely, England have only lost one of their seven Tests this year, and head to Llanelli on the back of a physically dominant win against Ireland at Twickenham.

However, Jones believes when the teams take the field next weekend Wales will be “a different animal” due to how much beating England means to the country and its players.

“Wales is going to be a tough game for us,” Jones said. “We know that’s their game of the year.

“They’ve had a tough run lately and they’ll be up for that game, so we’re going to have to have a really good, short, intense preparation for that game.

“They’re always different against us. They wrote a song about it, didn’t they? About how the only game that counts is beating England.

“So we’re anticipating a different animal next Saturday, and we’ll need to prepare well to be right for them.”

Itoje: Wales one of the proudest nations

Trips across the border to the Principality Stadium have traditionally been fraught affairs full of hostility, but Saturday’s renewal of their rivalry takes place behind closed doors at Parc y Scarlets.

The change of venue and circumstances enforced by the coronavirus pandemic should in theory suck the venom out of the occasion, but second rower Maro Itoje insists the location is irrelevant if Wales are playing at home.

“I don’t think playing anywhere in Wales is easy. The game is at the Scarlets and I’ve played at that stadium before. It’s a beautiful stadium,” Itoje said.

“It doesn’t matter where you’re playing, you’re still playing Wales and whether it’s at the Principality, the Scarlets stadium, or a little park, they are going to bring that same intensity.

“I know some of their players really well, I know how they go about their business and I know what makes them tick.

“I know this game will be huge for them and they’ll want to attack it from the off. It’s going to be a huge game. We want to move in the right direction.”