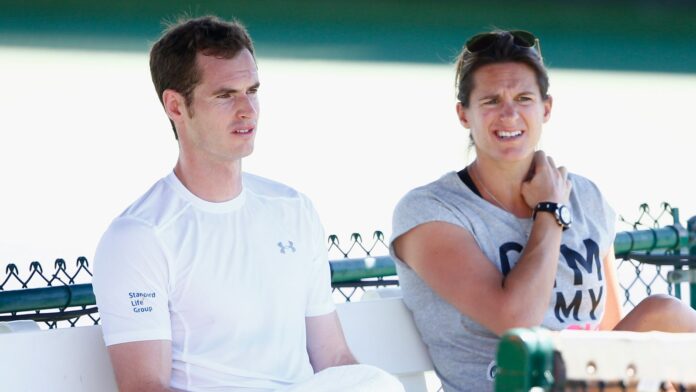 “I feel that she was harshly judged by a lot of people, purely because she was a woman”; The Scot, who was coached by the former world No 1 between 2014 and 2016, discussed the subject with his mother Judy during new Sky Sports docuseries ‘Driving Force’, available to watch On Demand

“To me, it was a bit of a no-brainer.” For Andy Murray, hiring Amelie Mauresmo as his coach wasn’t a big deal but all did not share his view, as he told his mother Judy in Sky Sports‘ docuseries ‘Driving Force’.

In early July 2014, the Wimbledon champion announced that he had selected Mauresmo to be his new coach.

The appointment came after Murray and Ivan Lendl parted ways and once it was made public, it shone a spotlight on the fact that the majority of male players are not coached by women.

Murray, who has always been a vocal supporter of the women’s game and the need for equality in tennis, recalled the way that the partnership was formed. He remembered how a lightbulb had gone off when the suggestion of a former female player had been made.

Steph Houghton, Dina Asher-Smith and Victoria Pendleton are amongst the names interviewed by Judy Murray to explore stories of success, discrimination and achieving the impossible.

“Before I started working with Amelie, I was chatting to Darren Cahill, one of the top Australian coaches who has worked with Agassi and many others,” he said to his mother, Judy, during Sky Sports’ Driving Force.

“I was talking to him about potential coaches who could work with me, and he said what about some of the top former female players? To me, it was a bit of a no-brainer.”

Murray’s thoughts were not shared by all though, and instead, he quickly saw an unpleasant side of the sport he plays and loves so much.

“Before the French Open started that year I got asked in a press conference, who my next coach might be? Martina’s (Navratilova) name was put out there as a possibility.

“I never had experienced that before because I’d never worked with a female coach on tour.”

Once Mauresmo was in the role, Murray revealed that the perspective on his results shifted, in a way that he believes was due to her being a woman.

“When I’d lost matches previously in my career nobody had questioned my coach, in tennis it is generally the individual who gets questioned,” he said. “That wasn’t the case when I was working with Amelie.

“It’s one of my regrets that I didn’t win a Grand Slam when I was working with her – for a lot of people that was considered a failure.

“I feel that she was harshly judged by a lot of people, purely because she was a woman.”

Watch the full episode of ‘Driving Force’ with Judy Murray On Demand now. The second episode of the series will feature Steph Houghton and be live on Sky Sports on November 30.