Home Culture I’m A Celebrity: Police in Wales issue advice over insect use 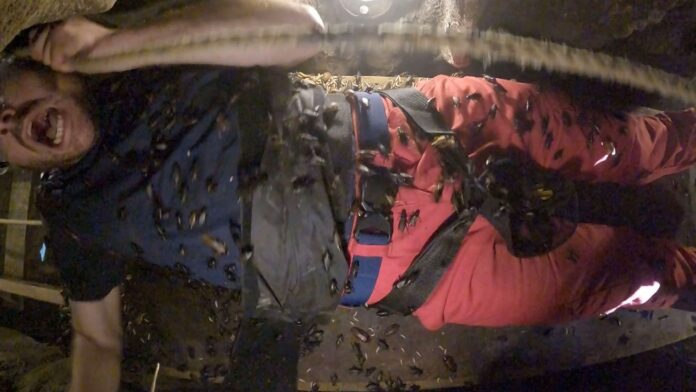 Police in Wales have issued “suitable advice” to the producers of I’m A Celebrity… Get Me Out Of Here! after receiving complaints about non-native insects potentially escaping.

However, officers have said they will not be investigating the issue any further.

North Wales Police issued a statement to Sky News after the hit ITV show was forced to defend its handling of bugs on set.

A spokesman said: “North Wales Police and Natural Resources Wales have received information regarding the potential release of non-native species into ‘non studio’ areas, and we have given suitable advice to the production team regarding their set management and biosecurity.”

I’m a Celebrity has moved from Australia to the UK this year due to COVID-19 restrictions, with the set based at Gwrych Castle, near Abergele, North Wales.

The show uses a grate system to allow collection of bugs after filming, and contestants on the show also shake themselves down over a grate after trials.

More from I’m A Celebrity

Earlier on Wednesday, a spokesman for the show told Sky News all insects used for bushtucker trials are “non-invasive” and only released in a contained area.

“All of the insects used on I’m A Celebrity are non-invasive species,” the spokesman said. “They are only ever released in a contained area and collected immediately after filming.

“The bugs are UK-bred and are commercially purchased in the UK for birds and exotic animal feed for pets and zoo keepers in normal circumstances.

“Our insects have been donated to local wildlife sanctuaries, trusts and zoos for their exotic animal and bird feed after filming.”

Welsh naturalist and BBC Springwatch presenter Iolo Williams has criticised the show for its use of animals in trials.

In a tweet last week, he said: “As well as the moral issue of using wild animals for entertainment, surely there are huge ecological issues here also.”

The RSPCA has called for the series “to be a highly entertaining show without the use of animals” and encouraged viewers to contact Ofcom in a post on Instagram.

Celebrities including athlete Sir Mo Farah, Coronation Street star Beverley Callard, EastEnders actor Shane Richie and TV presenter Vernon Kay are among the stars competing in this series of the show, which has been running for 18 years.