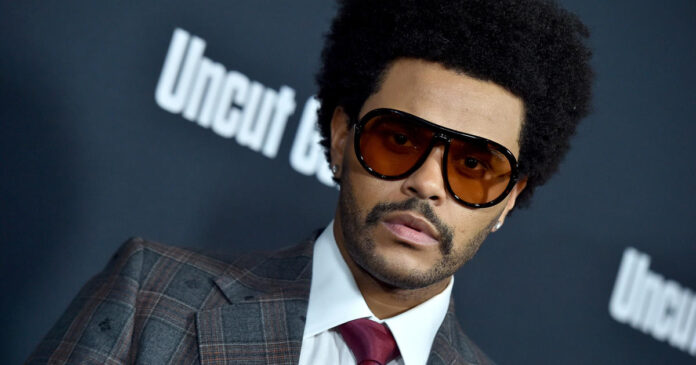 The Weeknd called out the Grammys and said they “remain corrupt” after not receiving a single nomination in a year where he dominated the music scene.

“You owe me, my fans and the industry transparency,” he tweeted Tuesday, hours after the Recording Academy announced the picks.

Grumblings over snubs aren’t anything new, but the three-time Grammy winner could have a legitimate case. His hit single “Blinding Lights” spent a record-breaking 40 weeks on the top 10 of Billboard’s Hot 100 Chart and went viral on TikTok. The song is part of the Weeknd’s latest album, “After Hours,” which reached No. 1 on the Billboard album chart in its first week and racked up more than 20 million streams since then, CBS News correspondent Jamie Yuccas reported.

The snub also comes days after he won three American Music Awards on Sunday. The Weeknd won the year’s best male artist along with the best song and album in the soul/R&B category.

Interim Grammys CEO Harvey Mason Jr. responded to The Weeknd’s claim in a statement to CBS News, saying in part, “We understand that The Weeknd is disappointed at not being nominated. I was surprised and can empathize with what he’s feeling.”

Speculation on whether the announcement of the Weeknd performing in the Pepsi Super Bowl LV halftime — scheduled a week after music’s biggest night — factored into his Grammys shutout also prompted a response from Mason.

“We were thrilled when we found out he would be performing at the upcoming Super Bowl and we would have loved to have him also perform on the Grammy stage the weekend before. To be clear, voting in all categories ended well before The Weeknd’s performance at the Super Bowl was announced, so in no way could it have affected the nomination process,” Mason said in the statement.

“He dominated this year,” Aswad said. “It’s the biggest snub I’ve ever seen in Grammy history.”

“It may be part of the Grammy system,” he said. “It’s entirely possible that for whatever reason, all of those committees decided that other records were more deserving.”

The Grammys have regularly come under criticism for snubbing artists. The academy memorably denied The Beatles’ “Abbey Road,” Prince’s “Purple Rain” and Beyoncé’s “Lemonade” Album of the Year honors, and hip-hop artists have long expressed their dissatisfaction with the awards. Three of the artists nominated for the first Best Rap Performance award in 1989, including eventual winner Will Smith, boycotted the ceremony because the category would not be televised. And in 2019, fans were outraged after no Latino artists were nominated for the biggest categories, Album of the Year, Record of the Year and Song of the Year, at the 2020 awards.

Earlier this year, fired Grammys CEO and president Deborah Dugan suggested on “CBS This Morning” that the process was rigged.