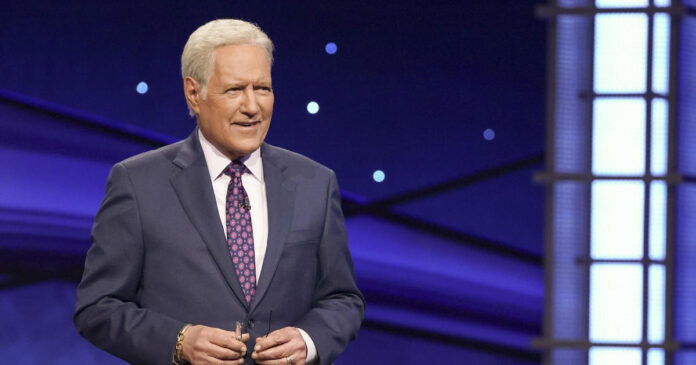 “Jeopardy!” on Thursday revealed a touching Thanksgiving message from former host Alex Trebek, which was prerecorded before his death earlier this month. Trebek, who was battling pancreatic cancer at the time, told viewers to “keep the faith” amid the coronavirus pandemic and said “there are many reasons to be thankful.”

“In spite of what America and the rest of the world is experiencing right now, there are many reasons to be thankful,” Trebek said on the “Jeopardy!” set. “There are more and more people extending helpful hands to do a kindness to their neighbors, and that’s a good thing. Keep the faith; we’re gonna get through all of this, and we will be a better society because of this.”

Before his death on November 8, Trebek prerecorded shows that were originally intended to air through the holiday season. The show announced earlier this week that “due to anticipated preemptions around Christmas and New Year’s,” Trebek’s final episodes will now air the week of January 4, 2021.

The show also announced earlier this week that it will resume production of new episodes on November 30 with a series of interim hosts. The first interim host will be Ken Jennings, a former contestant who is widely regarded as the best “Jeopardy!” player of all time.

“Jeopardy!” has not provided any information about who will permanently replace Trebek, who hosted more than 8,000 episodes of the show over more than 35 years and won six Daytime Emmys. Some of the most popular picks for his replacement from fans online include Jennings, “Reading Rainbow” host LeVar Burton, and ABC News chief anchor George Stephanopoulos.