Home Sport Patricia on Lions future: ‘I focus one day at a time’ 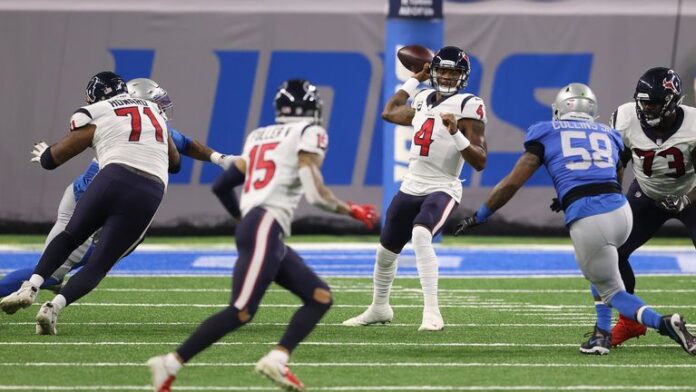 Matt Patricia finds his job as Detroit Lions head coach under threat after his team suffered their fourth loss in the last five games with Thursday’s 44-25 Thanksgiving defeat to the Houston Texans.

Thursday’s 41-25 loss to the Texans was the fourth in their last five games, with the Lions currently sitting 4-7 and bottom of the NFC North.

Patricia was naturally questioned on his future with the organisation after the game, having entered the year with high expectations to meet after finishing with losing records in each of his first two seasons at the helm.

“My focus every day is on the guys in that locker room and working as hard as I can to help those guys be successful,” said Patricia.

“I focus one day at a time. That doesn’t change.”

Patricia arrived with a glowing reputation as a defensive mastermind after being plucked from Bill Belichick’s New England Patriots coaching staff in 2018.

He has since failed to fulfil that reputation, with the Lions currently ranked 27th on total defense having also been 31st overall in 2019.

Speaking in June, owner Sheila Ford Hamp stated that the objective heading into this season was “major improvement”, following on from December when mother, and team owner at the time, Martha Ford alluded to expectations of the Lions being a playoff contender in 2020.

While their postseason aspirations look bleak, so do Patricia’s chances of returning in 2021.