Home Sport Will AJ struggle to adapt in eerie environment? 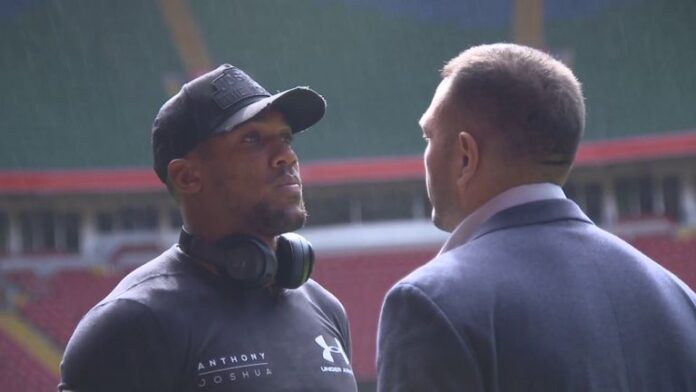 Eddie Hearn wonders: “Can he get himself motivated and disciplined in the same kind of way, when you can hear a pin drop?”; Anthony Joshua fights Kubrat Pulev on December 12, live on Sky Sports Box Office

Anthony Joshua’s performance without the atmosphere generated by a sold-out stadium is making Eddie Hearn “nervous”, the promoter has admitted.

Joshua’s IBF, WBA and WBO heavyweight championships are on the line against Kubrat Pulev on December 12, live on Sky Sports Box Office.

Matchroom Boxing have yet to comment on an attendance after London, where Joshua vs Pulev will take place, was confirmed to be in Tier 2 when the Government introduces new regulations from December 2.

Hearn said: “To think that Joshua will box in that kind of an environment in a couple of weeks is actually making me extremely nervous.

“He is used to fighting in front of 90,000 people with fireworks going off in an electric atmosphere.

“Can he get himself motivated and disciplined in the same kind of way, when you can hear a pin drop?

“But what you will hear is the sound and the thud of some of the fastest, most brutal hands in boxing landing on Pulev.

“It will be fascinating to watch.”

The world heavyweight champion is wary of the quiet arena becoming a factor if the advice he receives from his trainer Rob McCracken is overheard by Pulev.

McCracken said that was a consideration: “Yes it is, but when you’re in a world title fight and your boxer is in the ring, you can hear the other corner advising their boxer.

“You want to be careful with the advice you give him because the [opponent] and their corner will read off that.

“But the message between rounds has got to be right – not too much, just the right information for the next round.”