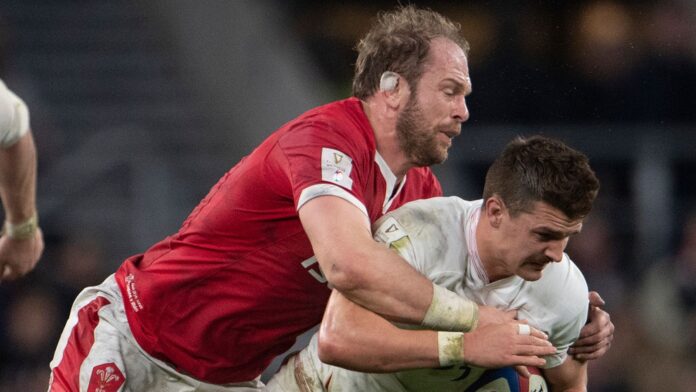 Wales host England at Parc y Scarlets in Llanelli on Saturday in the third round of Group A Nations Cup fixtures (4pm kick-off); Eddie Jones’ side are off the back of a comprehensive win over Ireland at Twickenham, while Wayne Pivac’s Wales halted a run of six losses last week vs Georgia

Fierce rivals Wales and England meet in Llanelli on Saturday as the Autumn Nations Cup pool phase reaches a conclusion.

Read five talking points ahead of kick-off below…

Ex-Wales and British and Irish Lions flanker Richard Webster once said that rugby is played on grass, not on paper, underlining that there is always hope for the underdog.

Rarely, though, can Wales have been written off by so many ahead of a home game against England, and it is easy to see why, with Wayne Pivac’s team having lost six of their last seven Tests and England on a six-game winning run.

Since England first played an international match in Wales 138 years ago, fixtures between the countries have often produced a tale of the unexpected, and Wales have beaten their fierce rivals on home soil seven times from the last 10 attempts.

The form guide suggests a Wales home win is unlikely this time though.

The back-row battle is invariably pivotal to Test match outcomes, and Saturday’s clash in Llanelli is no different.

In England’s corner are two flankers – Tom Curry and Sam Underhill – who appear odds-on bets to be selected for next summer’s Lions tour of South Africa, such has been the duo’s staggering level of consistency.

Their opposite numbers this weekend – Shane Lewis-Hughes and James Botham – have three caps and four hours of international experience between them, being thrust into the spotlight and given a chance to shine as Wales find themselves minus injured trio Justin Tipuric, Josh Navidi and Ross Moriarty – combined caps total 148.

It should be an intriguing contest.

England have swept all before them since losing to France in their opening game of last season’s Six Nations, winning six successive Tests.

Their attacking game has yet to fire, and while Jones has said his attack strategy for the 2023 World Cup will not evolve until next year, a glimpse of it on Saturday would not go amiss.

As with the back-row, experience says that England also hold a clear advantage in midfield.

Williams played for England and scored a try in last year’s non-cap game against the Barbarians, but with a father from Rhyl and after delivering an encouraging Wales debut against Georgia last Saturday, a promising partnership with Tompkins is underway as Wales again find themselves minus an injured Jonathan Davies.

Rugby union remains behind closed doors in Britain and Ireland, at least for the time being, and it is hard to envisage a game when fans will be missed more than Wales versus England.

Two of the biggest rivals on the international sporting stage will face off at Parc y Scarlets in Llanelli, complete with an empty stadium and zero atmosphere. This fixture thrives on what emanates from packed grandstands, especially in Wales.

Saturday’s occasion might struggle to challenge a church mouse for decibel levels, but it could still prove a match to remember, especially if Wales can summon spirits of the past.