Home Culture Matthew Perry is engaged to ‘the greatest woman on the face of... 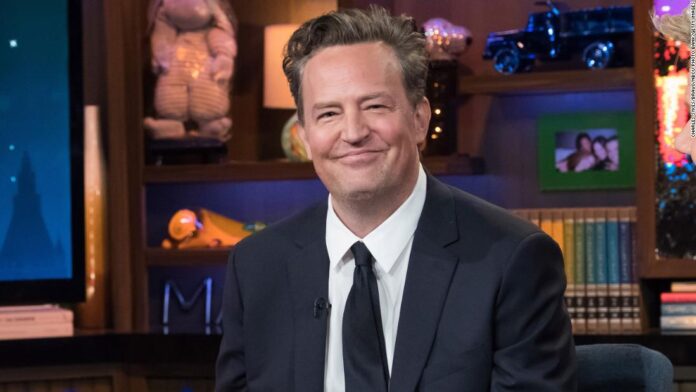 “I decided to get engaged,” the 51-year-old told People magazine. “Luckily, I happened to be dating the greatest woman on the face of the planet at this time.”
Earlier this month, Perry took to Twitter to tell fans that the highly anticipated “Friends” reunion will now happen in 2021.
“Friends reunion being rescheduled for the beginning of March. Looks like we have a busy year coming up. And that’s the way I like it!” Perry, who starred as Chandler Bing in the hit series, wrote.
With a wedding in the cards, it looks like Perry’s year is going to be even busier.
“Friends” fans have been waiting patiently for the special, which has been delayed because of the coronavirus pandemic.
The actor’s co-star, David Schwimmer, had said in July that they were hoping to begin filming, but told Jimmy Fallon that they had to “wait until it’s safe.”
“Friends” co-creator Marta Kauffman said they want a live audience for the special.
“This is a show that is not scripted, but this is the way the show works,” Kauffman told Entertainment Tonight when the reunion was first delayed last spring. “We are going to need a live audience. Even if we socially distance that live audience, it really is a huge part of what ‘Friends’ is. We cannot do it without them. “