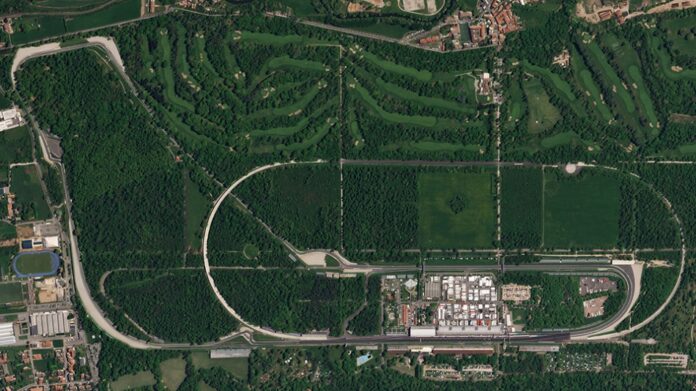 After Rally Italia Sardinia, the series returns to Italian soil for a first event on the nation’s mainland since 2003. The famous Autodromo Nazionale Monza – a venue for the Italian Formula 1 Grand Prix since seventy years – has been hosting end-of-season rally events since 1978. But this will be its first time on the WRC calendar. As well as stages at the Monza circuit, using the banked oval and sections of gravel in addition to the Grand Prix track, the rally will feature more traditional rally tests on mountain roads in the north of Bergamo.

Toyota driver Elfyn Evans has a good chance to win the WRC drivers’ trophy for the first time. The only contender in the title fight to claim the victory more than once so far this season, the Welshman has a 14-point advantage over his team-mate Sébastien Ogier, who will be trying to grab his seventh world championship. Hyundai drivers Thierry Neuville and Ott Tänak also remain on course to win the title, 24 and 28 points respectively behind Evans.

The battle is closer in the Manufacturers’ standings, where Hyundai has a seven-point margin to Toyota in its attempts to retain the WRC laurels. Hyundai will keep Sardinia winner Dani Sordo in its line-up alongside Neuville and Tänak, hoping to capitalise on the Spaniard’s past experience at Monza.

Toyota will field its full-season trio completed by impressive rookie Kalle Rovanperä, as well as a fourth Yaris WRC for Japanese driver Takamoto Katsuta. M-Sport will have Teemu Suninen, Esapekka Lappi and Gus Greensmith behind the wheel of the Ford Fiestas, while Ole Christian Veiby is set to step up from FIA WRC2 to drive a Hyundai i20 Coupe WRC with the 2C Competition team.

In FIA WRC2, Toksport has took the Teams title at the last event by virtue of their consistent points-scoring performance and strong 1st and 3rd finishes in both Turkey and Sardegna. But the drivers’ title is still to be decided, with Sweden’s Pontus Tidemand, driving a Toksport-prepared Škoda Fabia Evo, currently leading Norway’s Mads Østberg in a PH Sport Citroën C3 by 18 points.

In FIA WRC3, it is the Bolivian driver Marco Bulacia who is just two points in front of the Finn Jari Huttunen. But Poland’s Kajetan Kajetanowicz, who is only 13 points behind his Scandinavian rival, could play the trouble-maker.

The FIA Junior WRC crown is also set to be settled, with Latvia’s Martin Sesks leading the series by 10 points. With 16 stage win points available, plus 1.5 times more championship points for the final event, five drivers have a mathematical chance to take the title but all eyes will be on Sesks, Swedish challenger Tom Kristensson and Finnish Sami Pajari.

Shakedown takes place at Monza on Thursday morning before a short super special opening stage to launch the rally in the afternoon. Five more stages from 10 to 16km in length at Monza follow on Friday. Saturday will be the biggest day of the rally, with tests totalling just over half of the competitive distance of 241.14 kilometres. The crews will tackle two loops of three stages on closed public roads near Bergamo, and then end the day with a repeat of Friday evening’s ‘Grand Prix’ test in darkness. A further run over that same stage begins Sunday’s action, before two passes of ‘Serraglio’ to conclude the rally and the season.

Media accreditation and attendance is strictly managed with modified terms under COVID-19 regulations.

Representative of the 2020 winning WRC manufacturer

The provisional classifications for all the WRC Championships is available on the following link: