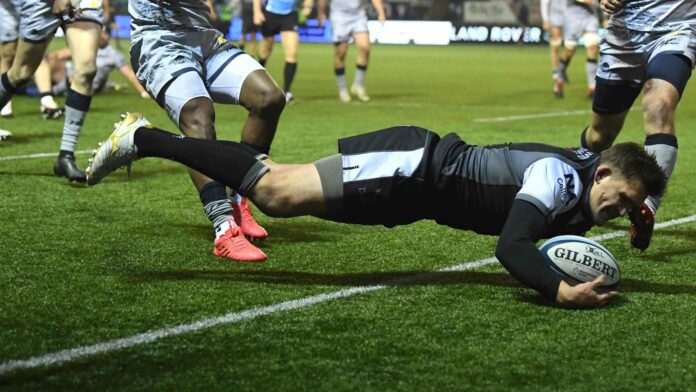 In a tale of two halves, Newcastle were better in the first as Sale never really troubled the try line until the final 10 minutes – a combination of stubborn Newcastle defence and needless penalties preventing the visitors from threatening.

The Falcons led through the boot of Brett Connon and a try from Sean Robinson but the Sharks gradually clawed their way back into the game in the second half as AJ MacGinty kicked a couple of penalties before Cobus Wiese scored in the corner.

But, with the Sharks having to only see out one final attack, they suffered heartbreak as Flood scored to send Dean Richards’ men top of the table.

“I’m delighted with the win and it shows that the boys will keep on fighting until the end,” said Newcastle boss Dean Richards.

“We could have gone for the draw but it’s the strong mindset that we wanted to win.

“Sale are renowned for being one of the most physical sides in the Premiership so from that respect I thought our boys fronted up really well.

“Faf de Klerk at nine is not a bad player but Micky Young did incredibly, incredibly well. We matched them in terms of the physicality and if you match them with physicality then you never know what happens after that.”