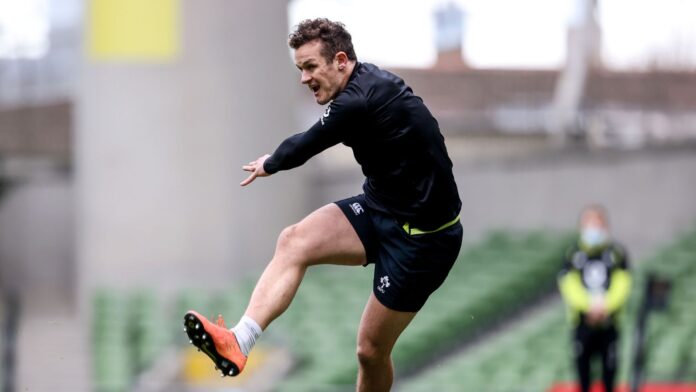 Andy Farrell has made nine changes to Ireland team to face Georgia on Sunday in Autumn Nations Cup, including naming Billy Burns at fly-half and bringing in centre Stuart McCloskey in for the first time in over two years

Ireland kicked off their campaign with a good win against Wales but were found wanting against England when they fell to a 18-7 loss at Twickenham.

Here, we look at some of the key talking points heading into the Dublin showdown.

Ireland go into the game searching for a response to a disappointing fourth successive loss to rivals England. Set-piece errors undermined the quest for glory at Twickenham as Eddie Jones’ World Cup finalists cruised to victory.

Line-out calls and binding at the scrum have been worked on significantly in the build-up to the game. Head coach Andy Farrell will be eager to see considerable improvements in those areas against physical opponents.

Ireland’s form has been patchy since Farrell took over from Joe Schmidt after last year’s World Cup. The Englishman, who has lost three of his opening seven games, has named an experimental line-up for this weekend’s Test, making nine changes to the team which started in London. Farrell is desperate to expand the player pool at his disposal and gain “priceless experience” within it. With transition comes setbacks, and Farrell has warned the Irish public they may have to remain patient and continue to endure some “growing pains”.

With veteran fly-half Johnny Sexton in the twilight of his career and currently injured, Farrell is particularly desperate for options for the No 10 jersey. Billy Burns has been given the nod this weekend for what will be his full debut and been challenged by Farrell to “run the show”. Burns will be eager to build on his impressive Twickenham cameo and push himself ahead of rival Ross Byrne in the battle to become Sexton’s long-term successor.

The raft of personnel changes has also afforded a fresh chance for Stuart McCloskey. Ulster centre McCloskey has been patiently awaiting an opportunity since winning the last of his three previous caps more than two years ago. While the 28-year-old is understandably keen to make up for lost time and stake a claim for a regular midfield spot, Farrell has urged him not to be “too desperate” to impress.

Georgia will run out at the Aviva Stadium having so far failed to register a point in the competition. A 40-0 thumping against England was followed by an 18-0 defeat to Wales. The Lelos have also lost each of their four previous clashes with Ireland, most recently 49-7 in November 2014. Georgia captain Merab Sharikadze has called on his team to be less wasteful with their opportunities as they bid to spring a surprise.