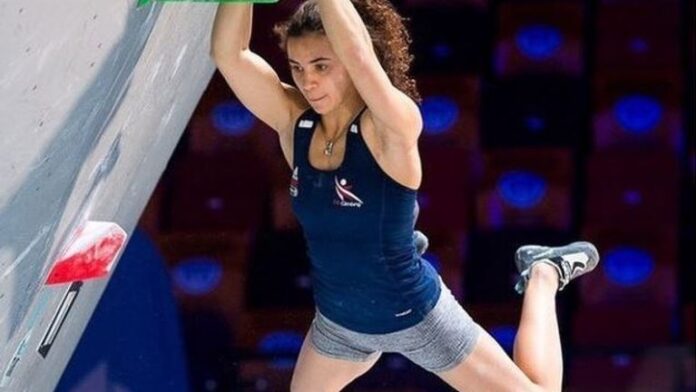 Molly Thompson-Smith fought brilliantly in the European Championships climbing final on Saturday but still missed out on qualifying for the Tokyo Olympics.

Three days before, the 23-year-old Sky Sports Scholar dazzled in Moscow to become the first British female to win a European medal.

After making it through two days of qualifying, the stakes were even higher on Saturday, having to achieve top-spot out of eight in the combined finals to secure her place at the Games next summer.

A seventh-place finish in the Speed and Boulder disciplines meant she had it all to do in the final round in Lead – her strongest event.

She produced some fireworks and almost came close to topping the lead wall, but she had to settle for third and finished eighth in the finals overall to agonisingly miss out.

The day belonged to the hosts as Russian scalers Viktoriia Meshkova and Aleksei Rubstov won the two Olympics spots.

The other British climber in action Will Bosi was also eighth in the men’s combined finals.

With two Tokyo spots up for grabs this week, the British pair have been under huge pressure, with Russia coping with the rising number of coronavirus cases, not to mention the need to perform to have any hope of making the Games in Japan.

It was always going to be a huge challenge for Thompson-Smith in a strong field, but she should reflect on a remarkable few days, particularly having battled back to competition after major hand surgery in 2017.

Many of Europe’s top climbers opted not to climb in Moscow because of health fears over Covid-19.