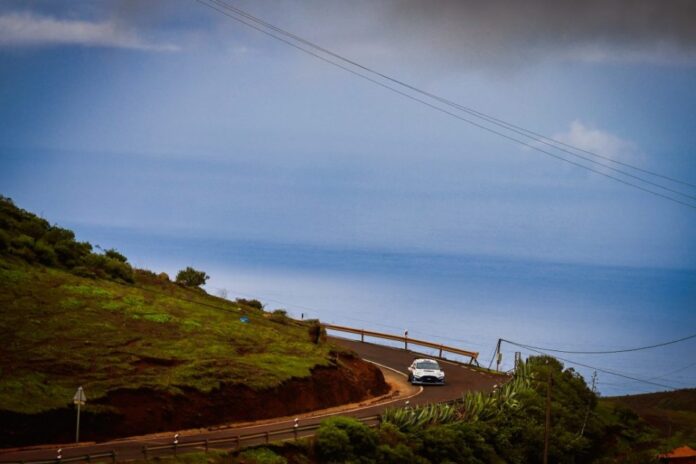 Co-driven by Belgian Renaud Jamoul and using Michelin tyres, Frenchman Fourmaux moved in front on the rain-hit final morning and held firm in the closing stages with Yoann Bonato making it an all-French one-two in his Michelin-equipped Citroën C3 R5.

Iván Ares, driving a Pirelli-shod Hyundai i20 R5, was the top Spanish finisher in third with Oliver Solberg clinching the ERC1 Junior crown in fourth**.

The 19-year-old was followed home by José Suárez and Andreas Mikkelsen as seventh place was enough for Alexey Lukyanuk to become ERC champion for the second time in three years**.

Armed with a Saintéloc Junior Team-run Citroën C3 R5 on Pirelli tyres, Lukyanuk was reunited with long-term co-driver Alexey Arnautov for the 2020 ERC finale after partnering with Dmitry Feofanov on the first four rounds of the season. Although there were frustrations along the way caused by tyre compound choice and changeable weather, Lukyanuk drove virtually without fault from start to finish.

“There was so much work before, now it’s history,” said Lukyanuk. “Of course, it was a long, tough season with all the things going on in the world but I’m really happy with a successful finish of the rally and of the season. I am happy with my driving in general, maybe not today, but during the season it was strong with solid performances and pretty reliable. We have improved but it’s not easy to fight with limited resources although so far it’s worked. It will be harder and harder in the future so we will have to adjust. But this title would not be possible without the support of Citroën, Total, Saintéloc and Pirelli. For Citroën this is their first FIA European Rally Championship [in the Rally2 class] and for Pirelli it’s also important to be on top. But there are many personal sponsors and partners we must also thank because it’s not easy to compete in these hard times. We must also thank our fans and our families for all their support.”

Munster fights hard but ERC1 Junior honours go to Solberg
Despite losing out on a third ERC1 Junior class victory to Adrien Fourmaux, Oliver Solberg is the FIA ERC1 Junior champion** for 2020 backed up by co-driver Aaron Johnston. He’s also the recipient of a grant of €100,000 for two European championship rallies in 2021.

“It’s incredible I have to say and finishing second behind Lukyanuk is also great after a not easy season,” said the Volkswagen-powered, Pirelli-equipped Swede. “We just wanted to get some Tarmac experience and the ERC has certainly given me that experience. Winning the title is amazing after such tough competition on every race. Being just 19 years old, having never done Tarmac before is really fantastic. Now we have to plan for 2021 and how we spend the money we’ve won.”

Munster, part of the Hyundai Junior Driver programme, settled for second place in the final standings in his BMA Autosport-run i20 R5 with 2019 ERC3/ERC3 Junior champion Efrén Llarena taking third for Rallye Team Spain. Like Munster, Llarena dropped out of contention for victory after opting for dry weather tyres on the rain-hit first morning. He came home seventh in class as Solberg finished second ahead of third-placed Callum Devine from the Motorsport Ireland Rally Academy.

After overcoming a further technical issue in the afternoon, Poloński managed to narrow the super-cautious Érdi Jr’s advantage to just 9.1s at the finish with Abarth Rally Cup title winner Andrea Mabellini taking third after brake issues hampered his efforts on leg one.

“We are very happy because it was not an easy job for us to do,” said Érdi Jr, who was partnered by champion co-driver Zoltán Csökö. “We try always to the maximum but in this race we were not on the maximum because we wanted to finish the race. But all year we make a good performance, we win all four races we did so this was 100 per cent and we are very happy.”

Dmitry Feofanov crashed out of third place within sight of the stage 15 finish. Zelindo Melgari was a non-starter after crashing his Alpine A110 RGT on leg one.

Bassas survives late scare but loses ERC3/ERC3 Junior win double
Having built a four-minute lead in ERC3/ERC Junior starting the final stage, the last thing Rallye Team Spain’s Pep Bassas needed was for an overheating issue to hit his Pirelli-equipped Peugeot 208 Rally4, which he had damaged in a hefty off on SS11.

With the car refusing to fire up after he finished the final stage, Bassas feared his hopes of winning were over. Although he made it back to service at the Estadio de Gran Canaria, he was adjudged to have received outside assistance and was promptly excluded from the results, leaving Ken Torn to take an ERC3/ERC3 Junior victory double in his Ford Fiesta Rally4 alongside co-driver Kauri Pannas.

The change of result meant Torn, part of the Estonian Autosport Junior Team, completed a memorable season with the ERC3/ERC3 Junior titles his prior to the event getting underway**. However, RFEDAA-supported Rallye Team Spain still secured the FIA European Rally Championship for Teams.

In ERC3 Junior, Charles Munster scored a debut podium in second behind Torn with Nore and Molle third and fourth respectively after both encountered problems and delays.

Sindre Furuseth was in second place in ERC3/ERC3 Junior when he went off the road on SS11. Pedro Almeida was prevented from leaving service this morning due to damage to the side of his Peugeot 208 Rally4, the result of an impact on leg one. An electrical issue forced Adrienn Vogel to retire on the road section heading to SS15.

Fourmaux’s maiden ERC victory revisited
Adrien Fourmaux started leg in second position, 7.5s behind overnight leader Iván Ares. But when Ares was 10s slower than stage pacesetter Yoann Bonato on this morning’s opener, he slipped to third overall, 1.2s behind Fourmaux and 0.4s adrift of Solans, who was second fastest through the stage.

Solans, who lost the lead to Ares on Friday’s penultimate stage, was back in front after SS11, but his charging run through the rain-hit stage – one of two streamed live on Facebook and YouTube – came at a cost. Despite a double puncture, Solans was 1.6s ahead of Fourmaux, who was one of several leading drivers to aquaplane on standing water on a right-hand corner 100 metres from the stage finish.

But with only one spare tyre on board his Škoda Fabia Rally 2 Evo, Solans was forced to limp through the next two stages before service and dropped to P15 as a result. He was then excluded after being adjudged to have driven on a road section with only three fully inflated tyres.

With an advantage of more than half a minute starting the closing loop of four stages, Fourmaux eased his pace knowing victory was assured providing he kept out of trouble in his Ford Fiesta R5 MkII. He duly made it home with a 25-second winning margin over Bonato to score the first ERC win for M-Sport’s latest-generation Fiesta.

Ares finished third for his second ERC podium in as many starts despite losing time with a puncture and suspension damage with Oliver Solberg, José Suárez, Andreas Mikkelsen and ERC champion Alexey Lukyanuk next up. Mikkelsen dropped out of contention after electing to run dry-weather tyres on the opening leg only for rain to wreck his hopes of back-to-back ERC wins following his triumph on Rally Hungary earlier this month.

ERC stars support FIA Volunteers and Officials Weekend on Rally Islas Canarias
Several FIA European Rally Championship drivers used Rally Islas Canarias to support the FIA Volunteers and Officials Weekend, paying tribute to the many men and women who give up their time to help make motorsport events happen. As part of the occasion, the FIA has presented a number of volunteers with awards that recognise the essential role they play across a wide spectrum of disciplines for National Sporting Authorities (ASNs). CLICK FOR PRESS RELEASE.

P1 Racing Fuels Podium Challenge awards drivers
The P1 Racing Fuels Podium Challenge, run for the first time during the 2019 ERC season finale in Hungary, continued on Rally Islas Canarias. It rewarded the top three finishes in ERC1 and ERC2 with fuel vouchers that can be exchanged for P1 XR5 race fuel at subsequent events, helping competitors to further reduce the cost of competing. Across both categories, the winning drivers received 150 litres of fuel, while the second and third placed drivers received 100L and 50L respectively.

What’s next? Budget saving is at the heart of the provisional 2021 FIA European Rally Championship calendar, with the inclusion of two back-to-back events part of continued efforts to reduce the cost of competing. Approved during a recent online meeting of FIA Rally Commission members, the schedule from ERC promoter Eurosport Events will now go to the FIA World Motor Sport Council for final ratification when it gathers on December 16. The provisional calendar consists of eight events with four on asphalt and four on gravel. Three ‘spare’ rallies have been nominated should any of the eight rounds be cancelled due to COVID-19 restrictions.

**Subject to confirmation of the final results